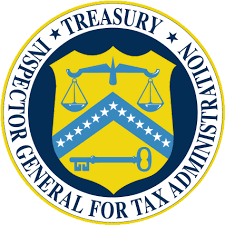 The Treasury Inspector General for Tax Administration published earlier this month Fiscal Year 2019 Statistical Trends Review of the Tax Exempt and Government Entities Division. The report confirms that the Division has experienced both budget and staff reductions in recent years, although that trend started to reverse in fiscal year 2019. Here is the summary:

The TE/GE Division is comprised of seven distinct functions: Employee Plans; Shared Services; Compliance Planning and Classification; and Exempt Organizations/Government Entities, which is comprised of the Exempt Organizations, Indian Tribal Governments, Tax-Exempt Bonds, and Federal, State, and Local (Governments)/Employment Tax functions. According to the IRS, the entities that the TE/GE Division serves employ almost 25 percent of the American workforce.

In May 2017, the TE/GE Division realigned the issue identification, planning, classification, and case delivery processes that were previously embedded within five functions into the consolidated Compliance Planning and Classification function. The reorganization has affected these five functions’ examinations units’ staffing, budget, and processes. In addition, in October 2018, the TE/GE Division established five new compliance groups, referred to as the TE/GE Compliance Unit, which in FY 2019 completed 4,863 compliance checks for three of the functions resulting in a 72 percent change rate.

New legislation often affects IRS operations and may require significant operational changes to implement it. Two new laws significantly affected the TE/GE Division’s operations during the years 2015 to 2019: the Tax Cuts and Jobs Act of 2017, and the Taxpayer First Act of 2019. In addition to legislative changes, the Federal Government had a lapse in appropriations from December 22, 2018, to January 25, 2019, that shut down most IRS operations for 35 days. As a result, the TE/GE Division experienced inventory backlogs in processing applications for tax-exempt status and timely completing compliance cases. However, IRS management stated that mitigation actions taken, such as allowing temporary overtime and detailing examination agents from one unit to another, addressed the backlogs of applications.

TIGTA made no recommendations in this report. IRS officials were provided an opportunity to review the draft report and did not provide a formal response