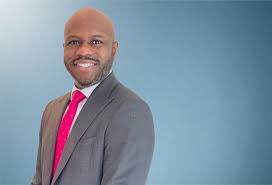 During the spring and summer of 2020, in the midst of the COVID-19 pandemic, the United States witnessed large, public protests and activism reminiscent of the 1950s and 60s. Following the death of George Floyd, a Black man, at the hands of Minneapolis police, the American public once again mobilized to fight the ills and inequities of racism and discrimination. A significant number of nonprofit organizations and government departments have been created to resolve the social and political issues that plague Americans. Even Corporate America has been called to act, given that seventy percent of consumers are interested in the social justice efforts taken by the corporations they patronize. By the third quarter of 2020, plenty of companies answered the call. For example, Bank of America and PNC Bank each have committed $1 billion to address economic and racial inequality. Google’s parent Alphabet pledged $12 million to further racial equality. Target Corp. has committed $10 million to civil rights organizations and 10,000 hours of consulting services to small businesses owned by people of color. Comcast Corp. also announced that it will allocate $75 million to organizations including the National Urban League, the Equal Justice Initiative, and the NAACP, along with $25 million in media over the next three years. Recognizing that corporate activism could be inconsistent with the duty of directors and officers to secure and retain value for the company, some commentators have suggested that corporations committed to activism should create or convert to a Public Benefit Corporation (“PBC”). While the core trait of a PBC is that it must pursue public benefit, that charge is not superior to directors’ and officers’ responsibility to generate and preserve value for the company’s stockholders. Thus, while PBCs provide legal cover for corporate activism, corporate management must weigh that interest against the obligation to satisfy traditional fiduciary duties of due care and loyalty, as well as the obligation to avoid waste. This balance is not difficult to strike; it simply requires that directors and officers carefully evaluate the anticipated conduct to ensure the action considered appears likely to provide corporate benefit, reasonable for the resources expended. As part of that due diligence process, directors and officers also must make certain any transaction that benefits a director or officer is entirely fair to the corporation. Furthermore, directors and officers must ensure that the resources committed to a social cause are reasonable given the company’s size and value, as well as the benefits of the philanthropy.