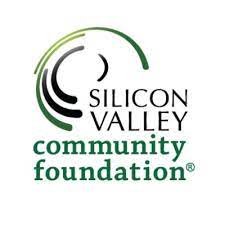 Politicians have long taken advantage of close ties with nonprofits in a number of ways. For example, just in the past couple of weeks there have been news stories about a 501(c)(4) nonprofit chartering a flight on which the Michigan governor purchased a seat for a trip to see her father (see also this story), and "How a top New York mayoral candidate used a charity to boost his profile". But in a new twist, the L.A Times has now run two stories about how charities associated with California politicians have used donor advised funds to obscure the original sources of donations.

One story was titled "How a $1-million donation on behalf of Newsom was hidden in plain sight". As required by California law, California Governor Gavin Newson repotted the gift as given on his behalf. But he did not apparently have to report who arranged for the gift because it came from a donor advised fund at the Silicon Valley Community Foundation. This allowed the original source of the funds- and who advised that the gift be made - to be hidden even though according to the story "[u]nder California law, when an elected official or someone acting on their behalf asks that a donation of $5,000 or more in cash or services be directed to a nonprofit or government agency, that contribution is considered a behested payment and must be reported to the [California Fair Political Practices Commission]."

And the L.A. Times also reported this week that "Donors gave millions to Garcetti nonprofit but kept their identities secret, Times analysis finds". The story focuses on a charity founded by Los Angeles Mayor Eric Garcetti that has raised over $60 million, including at least $3.8 million from donor advised funds. The Mayor is subject to the same law mentioned above, but has refused to reveal the original source of the funds or who advised that the various donations be made.