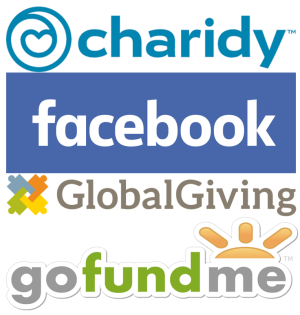 There has been a steady drumbeat of news stories reporting that state authorities and, on occasion, the FTC continue to scrutinize and prosecute individuals who allegedly engage in fraudulent charitable solicitation. Some of the cases involve tried-and-true techniques, such as purporting to raise funds to help veterans, while others reflect more recent events, such as attempting to capitalize on support for the Black Lives Matters movement. Here are recent examples from just last month:

It is not surprising that there is fraud in this area, as it has been increasingly easy to raise funds quickly for a variety of legitimate causes. Again just in the past month. Facebook and Instagram announced that users had donated more than $5 billion over five years to nonprofits through campaigns on those platform, and the AP reports that millions of dollars have poured in through crowdfunding campaigns to aid the families of the Atlanta shooting victims. Crowdfunding can also be used for more controversial causes, as illustrated by The Guardian's report that far-right extremists have raised millions of dollars via social media, among other channels.

Finally, some prominent donors are trying to use their influence to affect the charities they support. The Washington Post reports that James Huntsman has filed a federal lawsuit against the LDS Church, alleging it misused millions of dollars of his family's donations by using them for commercial purposes. And some wealthy supporters of the University of Texas have waded into the controversy over the school's fight song (Eyes of Texas), vowing to pull their donations unless the school retains it.

UPDATE: In another case of a disgruntled donor, a Sinclair anchor is demanding $20 million from the WE charity that has been at the center of a charity scandal in Canada. The amount is in addition to a demand for return of donations the anchor made, and is for "destruction of [the donor's] character and marketability as a journalist, public speaker, filmmaker, and author."