SCOTUS Donor Disclosure Case: California Likely to Lose, But Big Question is How 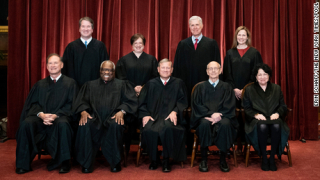 The Supreme Court held oral argument this morning in Americans for Prosperity Foundation v. Bonta (renamed once again to reflect the newly confirmed California Attorney General). Here is my quick take on the argument.

A majority of the Supreme Court appears poised to strike down the California Attorney General's requirement that charities provide identifying information about major donors to that office on a confidential basis. What remains unclear is how broad that decision will be, including whether it will affect the constitutional standard that governs donor disclosure requirements in other contexts, including elections.
During today's oral argument, Justices Alito, Barrett, Gorsuch, Kavanaugh, and Thomas in their questions indicated that the requirement places a substantial burden on the First Amendment rights of donors to the petitioning nonprofits. They also appeared skeptical that California's interest in regulating charities is closely enough served by the requirement to justify this burden. At the same time, Justices Barrett, Kavanaugh, and Thomas (along with Justice Breyer) appeared interested in considering how the donor disclosure requirement imposed on charities by Congress under the federal tax laws might be distinguishable and so possibly less vulnerable to constitutional challenge.
The same five Justices also appeared from their questions to not be comfortable with limiting the decision to upholding an as applied challenge to the requirement that would protect the petitioning nonprofits but leave the requirement in place for other nonprofits absent their own as applied claims. In addition, Chief Justice Roberts expressed concerns about how future as applied challenges could be pursued, further indicating that if the Court rules in favor of petitioners it likely will strike down the requirement as unconstitutional on its face. So while Justices Kagan raised the as applied approach in her questions as a possible alternative, it appears unlikely her view on this point will prevail.
At the same time, while several of the Justices asked about the appropriate constitutional standard to apply to donor disclosure requirements, including Justice Sotomayor who clearly had concerns about the effect of any change, it was less clear whether a majority of the Justices support revisiting that standard. Indeed, Chief Justice Roberts opened the questioning of counsel for Americans for Prosperity Foundation by challenging petitioners' position that the standard should be tighter than the existing exacting scrutiny standard, which requires a government to demonstrate a substantial relation to a sufficiently important governmental interest. And given the past confidentiality breaches by the California Attorney General, the Attorney General's limited use of donor information to further its charity regulator role, and the fact that 46 states do not require the filing of such information by charities, there appears to be sufficient grounds to strike down California's requirement on its face without tightening the constitutional standard for government compelled disclosure of donor information.
For an insightful analysis of the oral argument focused more on the possible election-related ramifications of the decision, see this blog post by Rick Hasen.
Lloyd Mayer