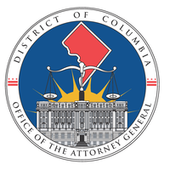 Even as the Trump Administration comes to an end, news continues to come out about alleged scandals involving those associated with him and nonprofits they control or have controlled in the past. This may not be surprising given the well known problems with the President's own foundation, but these scandals  highlight continuing concerns not only about the ethics of those in his circle but also about oversight of nonprofits more generally.

For example, this week the District Columbia Attorney General filed suit against Public Media Lab (PML) and Manifold Productions, Inc., alleging that PML CEO and Manifold founder Michael Pack used the nonprofit PML to funnel millions of dollars to for-profit Manifold. Park is currently the presidentially appointed head of the U.S. Agency for Global Media, and concerns about how he operated PML arose during Senate consideration of his nomination. And the DC Attorney General continues to investigate the activities of the Trump Inaugural Committee, with the deposition of Ivanka Trump last month. These examples are on top of reports from last fall and summer relating to federal charges against former Trump senior advisor Steve Bannon and others arising out of their control of the 501(c)(4) We Build the Wall, Inc. and a related nonprofit, and a ProPublica report that 501(c)(3) nonprofit Turning Point USA, run by Trump supporter Charlie Kirk, may have engaged in questionable financial arrangements with insiders.

Finally, buried among the President's many recent pardons was the commutation of the sentence for former Texas congressman Steve Stockman. Stockman had been serving since 2018 a 10-year sentence for nearly two-dozen felonies arising out of misuse of charitable contributions from political donors. Some of his former congressional colleagues had called for his release, particularly given his age and health conditions that placed him at heightened risk from the pandemic.

Federal – Executive, In the News | Permalink