Negative Scrutiny of Nonprofit Hospitals Continues, Along With Consolidations 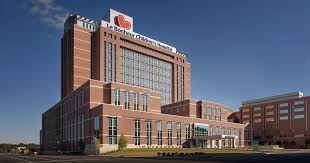 Nonprofit hospitals are, along with all hospitals, struggling with the COVID-19 pandemic. But that role has not caused a let up in negative scrutiny of their activities by journalists, Senator Chuck Grassley, or state legislators. It also has not halted the continuing consolidation of health care entities.

Responding to these and other concerns, Senate Finance Committee Chairman Chuck Grassley wrote a public letter to every member of the Senate Finance and Judiciary Committees about the need for new attention to the tax laws governing nonprofit hospitals. Senator Grassley is rotating off of the Finance Committee, having hit his term limit for that committee under Senate GOP rules, and of course his influence would have been reduced by the Democrats taking control of the Senate under any conditions. But he likely will still have influence over such matters in the new Congress, giving his longstanding interest in the rules for tax-exempt organizations.

In the states, the Philadelphia Inquirer reports that "New Jersey may be the first state to impose per-bed fees on nonprofit hospitals for municipal services." The $3 per day per licensed bed fee is paired with preservation of nonprofit hospital property tax exemption, which has been under increasing attack in New Jersey, with approximately two-thirds of the state's nonprofit hospitals having been taken to tax court. However, Governor Phil Murphy has not yet said if he will sign the bill.

Finally, consolidation of nonprofit health care providers also continues. For example, the Federal Trade Commission recently lost an appeal of a federal district court's denial of a motion for a preliminary injunction to block the merger of Thomas Jefferson University and Albert Einstein Healthcare Network in the Philadelphia area. And 501(c)(4) nonprofit health insurers Tufts Health Plan and Harvard Pilgrim Health Care have now completed their merger after having received federal and state approvals (after some divestment).