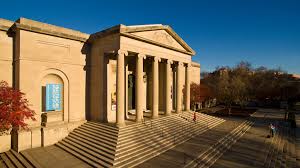 It probably comes as no surprise that the pandemic is hitting museum finances particularly hard. Recognizing this fact and as reported by artnet, last spring the Association of Art Museum Directors temporarily loosened its guidelines on how members could use the proceeds of art sold from their collections. As artnet detailed, this led to a number of major museums announcing sales to shore up their finances.

But such moves risk controversy, as the Baltimore Museum of Art (pictured) found out. When it announced the sale of three paintings, including one by Andy Warhol, two trustees resigned in protest, two major donors reportedly decided to withhold $50 million in pledged funds, and criticism from other sources mounted, according to the Baltimore Sun. As that paper reported in a later story, this led to an emergency board meeting and cancellation of the sale only days before they were to occur.

Regardless of what particular museums do, the predictions for museums more generally are grim. The N.Y. Times reports that a new survey of 850 museum directors conducted in October found over half reporting their institutions had six months or less of financial operating reserves left, and that museums are overall operating at about a third of their capacity. Nearly one in three respondents said their institutions were at risk of permanent closure if additional funding was not found in the next 12 months.