B. Leff: Fixing the Johnson Amendment Without Totally Destroying It 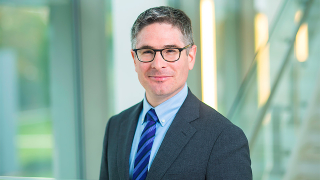 Benjamin M. Leff (American) has posted Fixing the Johnson Amendment Without Totally Destroying It. Here is the abstract:

The so-called Johnson Amendment is that portion of Section 501(c)(3) of the Internal Revenue Code that prohibits charities from "intervening" in electoral campaigns. Intervention has long been understood to include both contributing charitable funds to campaign coffers and communicating the charity's views about candidates' qualifications for office. The breadth of the Johnson Amendment potentially brings two important values into conflict: the government's interest in preventing tax-deductible contributions to be used for electoral purposes (called "non-subvention") and the speech rights or interests of charities.

For many years, the IRS has taken the position that the Johnson Amendment's prohibition on electoral communications includes the content of a religious leader's speech in an official religious service — a minister may not express support or opposition to a candidate from the pulpit. For at least as many years, some commentators and legislators have found this application of the Johnson Amendment especially problematic, since it implicates directly the freedom of houses of worship speech and religious exercise. These Johnson Amendment critics sought to provide some carve-out from the Johnson Amendment's general application to permit speech that includes ministers' pulpit speech without creating a massive loophole for the Johnson Amendment's general prohibition on campaign intervention. Other commentators have long argued that a limited carve-out for certain types of speech is not possible — that permitting any communication of the organization's views, even in pulpit speech, would provide a massive loophole in the overall treatment of campaign contributions and expenditures.

This Article reviews the leading proposals to fix the Johnson Amendment, and finds them all lacking. It then proposes four types of modifications that could be used to properly balance the speech interests of charities (especially churches) with the government's interest in a level playing field for campaign expenditures (non-subvention). These proposed modifications include:

(i) a non-incremental expenditure tax,

(iii) a disclosure regime, and

The Article concludes that in order to properly balance non-subvention with speech interests of charities, a modification of the Johnson Amendment should include some version of all four types of interventions.

The solution proposed would involve a requirement for reporting and disclosure by churches, which ultimately might be viewed as even more intrusive than the Johnson Amendment as it is now.