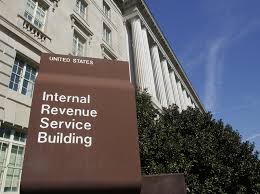 I do not have data to back this up, but my impression is that in the past it was common to see state authorities and, more rarely, U.S. Attorney offices working closely with the IRS when investigating the activities of a tax-exempt nonprofit organization. However, it appears that recently the IRS is almost always absent from such investigations.

State Investigations: The New York Attorney General's lawsuit against the National Rifle Association and the District of Columbia Attorney General's lawsuit against the NRA Foundation are prominent examples of this apparent trend. While the N.Y. AG cited among the NRA's alleged failures a lack of compliance with IRS requirements, there is no indication that she coordinated her investigation or the filing of the lawsuit with that agency. But these are not the only recent examples.

The Minnesota Attorney General has moved to replace the trustees of the Otto Bremer Trust, a charitable trust and private foundation that owns bank Bremer Financial Corp. The basis for this move is alleged violations of the duty of loyalty by the current trustees. Presumably such violations would also be of interest to the IRS, especially since at least some of them also allegedly constituted violations of the self-dealing prohibition, but there is no indication in the news reports of the AG's actions or the lengthy memorandum filed by the AG in court that the IRS is involved. (And if the IRS had been involved, you would hope they would have corrected the AG's repeated use of "IRS Code" in that memorandum.)

It is perhaps more typical to see the IRS absent when the actions of for-profit telemarketers are at issue, as the Federal Trade Commission tends to take the lead for the federal government in such matters. This is illustrated by the recent case brought by the FTC and several state attorneys general to shut down Outreach Calling, Inc. and several other companies for having "allegedly scammed consumers out of millions of dollars." It should be noted that the Center for Public Integrity highlighted the questionable activities of Outreach Calling and individuals associated with it more than two and a-half years ago. But the involvement of the FTC when matters within its jurisdiction arise only emphasizes the IRS absence in matters squarely implicating federal tax laws as well as state charity laws.

Department of Justice Investigations: The IRS also appears absent from two recent investigations by the Department of Justice. The most prominent one involves criminal charges against former senior advisor to President Trump Steve Bannon and others associated with an Internal Revenue Code section 501(c)(4) nonprofit We Build the Wall, Inc., formed to fund the building of a border wall between the United States and Mexico. The investigation was pursued by the U.S. Attorney's Office for for the Southern District of New York. While the allegations relate to alleged lies made to donors about the use of the funds raised, some of the actual uses of those funds - compensation and payment for personal expenses - may have tax ramifications for both the organization and the individuals involved. Yet there is no indication in the indictment or otherwise that the IRS is involved. This is despite the fact that the U.S. Postal Inspection Service was involved in the arrest of Bannon, presumably because one of the charges is mail fraud.

In a case a bit more removed from federal tax law, the Department of Justice's civil division has filed a False Claims Act complaint against two affiliated pharmaceutical companies, Teva Pharmaceutical USA Inc. and Teva Neuroscience Inc. relating to donations to charitable foundations. The allegations are that Teva used the foundations "as conduits to funnel kickbacks to Medicare patients." The announcement of the filing does not indicate any involvement by the IRS, including with respect to investigating the foundations involved. Coverage: Wall Street Journal. An earlier news story involving allegations of similar arrangements with other companies reported multi-million dollar payments to the federal government by the charities involved to resolve the claims against them, but again did not mention IRS involvement, nor did the DOJ announcement of that settlement.