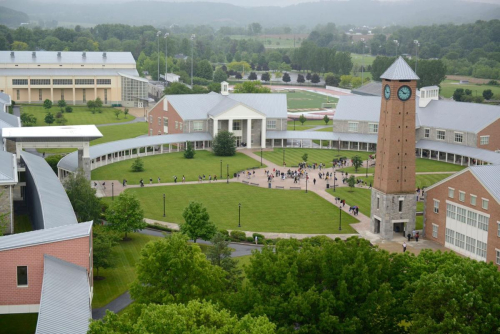 On September 4, 2002, the Pennsylvania Orphan's Court issued a temporary restraining order prohibiting the sale of some of the investments of Hershey School. Hershey School was founded 110 years ago by Milton and Catherine Hershey of Hershey Chocolate fame with a $60 Million trust. The endowment currently stands in excess of $12 Billion. The school provides free education and room and board to children of low-income families; the average family income of children enrolled at the school is $21,000.

As of 2002, the vast majority of the School's endowment was invested in stock in Hershey foods. In fact, the school controlled 77% of the food conglomerate's shares. In the interest of diversifying the investment, the board of directors of the School sought to sell a large portion of its stock in the Hershey Foods. The Pennsylvania Attorney General filed suit, seeking to stop the sale, pointing to "adverse economic and social impact against the public interest if a sale of Hershey Foods Corporation takes place, particularly in its effect on employees of the Corporation and the community of Derry Township."

On September 4, 2002, a judge enjoined the sale. The judge rejected the School's interest in diversifying its assets, concluding that the School did not have any legal obligation to diversify assets. The judge further rejected the School's argument that delay of the sale would cause significant harm. Finding that the Attorney General's asserted harm was significant, and the School did not justify a need for the sale, the sale should not take place while litigation proceeded.

The School filed an appeal, but in vain. The Commonwealth Court left the injunction in place, reasoning:

The Trust argues that the Attorney General has no authority to prevent an otherwise lawful disposition of trust assets under the guise of protecting the public. This underlying legal issue, while important, is not the focus of our review. Rather we must review the record to determine whether the trial court had the "apparently reasonable grounds" required to support its decision. A review of the record and Judge Morgan's opinion does not immediately convince us no apparently reasonable grounds exist to support the order as one that restores the status quo, prevents the immediate and irreparable harm that would result if the Trust proceeded with a sale of its controlling interest in Hershey Foods before the issues raised by the parties are resolved, and prevents a greater injury than what might result if the injunction were denied.

The sale did not go through, and the trustees of the School were removed. Evelyn Brody’s article covers this case and its implications in depth. As Professor Brody notes, local leaders were outraged with the sale, but thrilled with the Attorney General’s intervention. Among the best quotes from community leaders:

"I don't see why a town should be ruined so underprivileged kids can be privileged."

"Our cash cow is safe; we're feeling really great… But there's still a lot of interest in getting rid of the Hershey trustees for ever trying this in the first place."

Joe: Good blog post. Among other bad results from the facts you described are (1) the legislature then passed a law requiring PA charities to consider not only their beneficiaries but local towns in managing their portfolio, (2) the AG at the time lost his bid to be elected Governor, and (3) PA is the only state not to adopt UPMIFA. Anyone in PA wishing to form a charity should incorporate in some other jurisdiction and hope (as I think is probable) that UPMIFA comes under the "internal affairs" doctrine so UPMIFA will apply rather than the PA law.