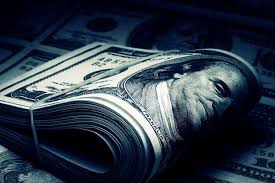 In the final lap for the 2020 general election, there have been three notable recent developments when it comes to nonprofits in politics and particularly their receipt of "dark money."

First, in CREW v. FEC the U.S. Court of Appeals for the D.C. Circuit affirmed a district court decision that struck down the FEC's narrow interpretation of a statute relating to public disclosure of contributor information when the recipient organization makes independent expenditures, as defined by federal election law. The FEC had taken the position that the statute only required disclosure if a contribution was earmarked to support a particular independent expenditure. The court concluded that this position contradicted the plain terms of the statute, which at a minimum required disclosure if a contribution was made to generally support independent expenditures. However, the court did not resolve whether the statute could be interpreted by the FEC to only require disclosure of contributions with this general intent or instead required disclosure of all contributions (above a modest threshold set by the statute) given to an organization that makes independent  expenditures. For further analysis, see the FEC summary. For coverage, see Politico. This ruling may be especially important as the use of so-called dark money increases on both sides of the aisle.

Second, the states of New Jersey and New York quietly ended their lawsuit against the Department of Treasury seeking documents relating to the Revenue Procedure (2018-38), which initially eliminated reporting of information about significant contributors to the IRS for tax-exempt organizations other than section 501(c)(3) and 527s. That Revenue Procedure was struck down by a federal district court and eventually replaced by regulations. According to Tax Notes, the parties filed a stipulation of voluntary dismissal that provides the states are satisfied Treasury and the IRS have produced the documents requested.

Third and finally, the Washington Post reports the FEC Chairman said during an interview earlier this week that a 2017 executive order freed churches to endorse political candidates. This was in the context of criticizing Catholic church leaders for admonishing priests who appear to do exactly that. He apparently acknowledged that the so-called Johnson Amendment, which prohibits section 501(c)(3) organizations, including churches, from supporting or opposing any candidate for elected office, is still good law, but asserted that it was unlikely to be enforced. Regardless of your views regarding the wisdom or even constitutionality of the Johnson Amendment, it is a bit shocking to hear a public official and lawyer say it is okay to break the law because it probably won't be enforced against you. (Not to mention the executive order he relies upon does not actually prohibit such enforcement.)

Federal – Judicial, In the News, Studies and Reports | Permalink

Did the FEC chair say it was "okay to break the law," or that "[the law] was unlikely to be enforced?"

Given that 3 of the FEC's 6 positions are currently vacant and no quorum can be made, it has no enforcement power at present. [In fact, two of the three remaining FEC commissioners are serving past the expiration of their terms (2007 and 2009) because no successors have been confirmed by the Senate. Only the Chair is serving a current term at this time.]

In recent years, the U.S. Supreme Court has been taking a position more in line with protecting the First Amendment rights of political activity than attempting to regulate political speech.

With all three factors taken into consideration, my non-legal advice to my nonprofit clients has been to obey the law insofar as the law can be interpreted (knowing that there is much gray area involved), but also be aware that enforcement is unlikely at present.