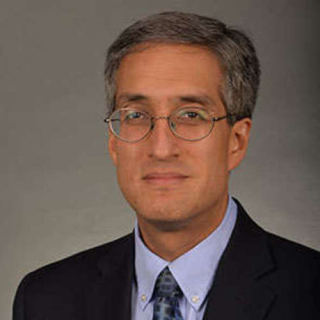 I have posted Charitable Crowdfunding. Here is the abstract:

Charitable crowdfunding is a global and rapidly growing new method for raising money to benefit charities and individuals in need. While mass fundraising has existed for more than a hundred years, crowdfunding is distinguishable from those earlier efforts because of its low cost, speed of implementation, and broad reach. Reflecting these advantages, it now accounts annually for
billions of dollars raised from tens of millions of donors through hundreds of Internet platforms such as Charidy, Facebook, GoFundMe, and GlobalGiving. Although most charitable crowdfunding campaigns raise only modest amounts, every year several efforts attract tens of millions of dollars in donations. However, charitable crowdfunding also has its downsides. Donors may misunderstand how the beneficiaries will use the funds raised or a campaign that unexpectedly goes viral may overwhelm a small charity or greatly exceed an individual’s needs. There have also been instances of outright fraud, as well as concerns raised about money laundering and terrorist financing.

Existing laws relating to charitable solicitations and charities more generally have either uncertain or limited application to charitable crowdfunding. Broader fraud and money laundering laws may apply to the worst abuses, but these usually criminal statutes are rarely invoked. The challenge faced by government regulators is therefore whether and how to modify existing laws to address the downsides of this new activity without unduly inhibiting the generosity that charitable crowdfunding encourages. This challenge is made more difficult by the lack of information regarding the positive effects as well as the downsides of crowdfunding. Finally, existing scholarship relating to charitable crowdfunding focuses on either the motivations of donors or tax implications instead of addressing this regulatory problem, even as some governments are beginning to develop proposals to address this activity.

This Article fills this gap by reviewing the existing, incomplete information regarding charitable crowdfunding and theories for regulating in the face of uncertainty to develop recommendations for addressing this new and growing phenomenon. Given we know very little about the positive and negative effects of charitable crowdfunding, and given that any harms are likely modest, purely financial, and often readily cured, I recommend that governments should at this time only take two steps. First, governments should require notification of designated beneficiaries to help ensure funds raised reach those beneficiaries. Second, governments should require notification of regulators, but only for the small subset of campaigns that cross a relatively high threshold, to both provide information about the scale and growth of charitable crowdfunding and deter problems with the largest campaigns. Additionally, I disagree with initial steps taken by some governments to impose more comprehensive consent and administration requirements on many or all charitable crowdfunding campaigns because such requirements are unnecessary hindrances on this new and innovative way of encouraging generosity, given there is little evidence of widespread problems and given that any potential harm is almost certainly relatively small and easily remedied if it occurs.