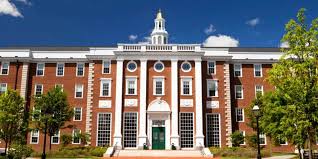 Today the IRS released the anticipated final regulations interpreting Internal Revenue Code section 4968. That section, which Congress passed in 2017, imposes a 1.4 percent excise tax on the net investment income of colleges, universities, and other applicable educational institutions that have assets equal to or exceeding $500,000 per student, not counting assets used directly in carrying out the institution's exempt purpose.

The IRS also dropped the requirement that institutions calculate their net investment income based on the rules under section 4940(c). The final regulations instead provide section 4968-specific rules for making this calculation. While drawing heavily from the section 4940(c) rules, the section 4968-specific rules now generally exclude from net investment income student loan interest income, student housing rental income, certain faculty and staff housing rental income, and royalty income from faculty or student generated intangible assets. However, net investment income still includes income from trademarks on the institution's logo or name and from donated or sold intangible assets. Finally, the IRS modified the final regulations to exclude from net investment income both any appreciation in net value of donated property that occurred prior to the date of donation to the institution and any gain attributable to the sale or exchange of exempt use property to the extent that property is used for the exempt purpose.

Another significant change, at least for one college, is that the IRS decided a student should not be considered "tuition-paying" both if their tuition is fully covered by grants from the institution (as was the case in the proposed regulations) but also if their tuition is fully covered by a combination of institution grants and government grants, including Pell grants and other forms of Federal and state student financial aid. This important change may help Berea College avoid application of the excise tax, which Senator Majority Leader Mitch McConnell will appreciate, although grants from other, nongovernmental parties would still render a student tuition-paying.

The IRS also modified the definition of student to require being enrolled and attending a course for academic credit from the institution and being charged tuition at a a rate that is commensurate with the tuition rate charged to students enrolled for a degree. The proposed definition had limited the definition to persons enrolled in a degree, certification, or other program leading to a recognized educational credential. In addition, the IRS clarified that to determine whether a student is "located in the United States," meaning they resided in the United States for any portion of time during which they attended the institution, may be made by the institution using any reasonable method.

There were a number of other more technical modifications that in the interest of space I will not attempt to summarize here. Also, the IRS did reject some comments on the proposed regulations. This included rejected comments that asked that institutions under common control be aggregated for purposes of applying the $500,000 per student threshold and other changes relating to the definition of applicable educational institution. The IRS also rejected comments asking to expand the definition of "assets used directly in carrying out the institution's exempt purposes" by including assets "held for use" to carry out such purposes and asking to use the concept of functionally related business to determine if certain assets fell within this definition.