Tax Court Update: A Victory for DAF Donors and an Interesting Discussion of Charitable Class 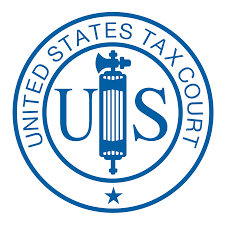 DAF Donor Prevails: In Dickinson v. Commissioner, the Tax Court rejected an attempt by the IRS to recharacterize donations of appreciated stock in a privately-held company to a donor-advised fund followed by the redemption of that stock as a redemption of the stock from the donor followed by donations of the proceeds (resulting in taxable gain to the donors). The Tax Court granted summary judgment to the donor (and his spouse), and denied the government's motion for summary judgment, even though the donor and the board of directors of the privately-held company knew at the time the board authorized each donation that the DAF sponsoring organization (the Fidelity Investments Charitable Gift Fund) had procedures requiring the immediate liquidation of donated stock.

The court found that the uncontradicted evidence established that the donor had transferred all of his legal rights in the donated stock to the sponsoring organization. The court further held that the donor was not obligated to redeem the donated stock if the donations had not occurred, and also that the government did not allege that the donor had a right to redemption at the time of donation and so Revenue Ruling 78-197 was not applicable even if the court were to follow it. It therefore concluded that the form of the transaction controlled. For a detailed analysis of the case by Bryan Camp (Texas Tech School of Law), see this TaxProf Blog post.

Charitable Class Failure?: In The Korean-American Senior Mutual Association v. Commissioner, the Tax Court upheld the revocation of tax-exempt status under Internal Revenue Code section 501(c)(3) for failure to operate exclusively for exempt purposes. The organization (KASMA) offered paid memberships to anyone who was 55 to 90 years old residing in the New Your City area and in return paid a certain amount toward the member's funeral expenses when they died, along with a separate amount directly to the deceased's family according to a Korean tradition. Membership in the organization was not limited to Korean-Americans, despite its name.

The court concluded that while KASMA was formed to benefit the elderly, the elderly are not a recognized charitable class unless aid to them is designed for their special needs by, for example, providing goods or services at substantially below cost or without regard to an individual's ability to pay. Since KASMA only provided benefits to its dues-paying members, it did not satisfy this requirement or serve the distinct charitable class of the poor. This is an interesting analysis, since it would seem that the elderly (even limited to the NYC area) are an indefinite and large enough group to be considered a charitable class, so the lesson here is more along the lines that serving a charitable class by itself is not always sufficient to constitute operating to further a charitable purpose. The court also held that KASMA operated in a commercial manner and did not serve a public interest because it primarily benefited its members, and that the IRS was not equitably estopped from revoking KASMA's tax-exempt status because of the IRS' previous recognition of that status when KASMA first applied. The revocation was prospective from the date that the IRS Appeals Office issued a final adverse determination.

Lloyd, the IRS revocation is KASMA -- was it prospective only?

Thanks for asking this question. The revocation was prospective from the date the Appeals Office rejected KASMA's appeal of the proposed revocation. I have added a sentence to that effect to the post.