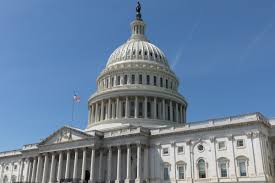 While Congress is not surprisingly slow to enact actual legislation during the run up to the 2020 general election, it has taken several other actions of interest to nonprofits:

The syndicated conservation-easement transactions examined in this report appear to be nothing more than retail tax shelters that let taxpayers buy tax deductions at the end of any given year, depending on how much income those taxpayers would like to shelter from the IRS, with no economic risk. Although the various offerings differ in their specifics, the general outcome is the same: for every dollar a taxpayer pays to a promoter to become an "investor" (or a "partner" or a "member") in a syndicated conservation-easement transaction, he or she commonly purchases a little more than four dollars' worth of tax deductions. For most taxpayers involved, this ultimately means that for every dollar paid to tax-shelter promoters, the taxpayers saved two dollars in taxes they did not pay.

Calls for IRS to Investigate the NRA: In the wake of the New York Attorney General seeking dissolution of the National Rifle Association, Democratic members of the House Ways & Means Committee have called for the IRS to also investigate the section 501(c)(4) organization and its related, section 501(c)(3) foundation. Of course it remains to be seen whether the IRS will do so, regardless of who wins the November presidential election. Additional coverage: Mother Jones (including a link to the letter).

Universal Giving Pandemic Response Act: A bipartisan group of nine Senators are sponsoring S.4032, which would expand in two ways the temporary above-the-line deduction for charitable contributions included in the CARES Act and codified in Internal Revenue Code section 62(a)(22). One expansion would be the amount, increasing it to half of the taxpayers standard deduction up from $300; the 2020 standard deduction is $12,400 for single taxpayers and $24,800 for married taxpayers filing jointly. The other would be the time window for contributions, extending it back from January 1, 2020 (for calendar year taxpayers) to January 1, 2019, with amended returns permitted for taxpayers who did not itemize their deductions in 2019. However, passage appears highly unlikely, especially with the apparent failure of new coronavirus relief legislation.