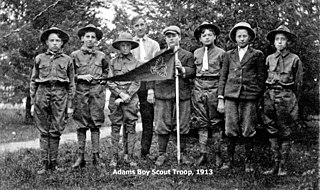 As I'm sure you've heard by now, on February 18, 2020, Boy Scouts of America filed a petition for Chapter 11 bankruptcy.

This is a really big deal. BSA is one of the largest youth organizations in the country. It is not only a nonprofit and tax-exempt organization, but it (like the Girl Scouts, interestingly enough) is a federally-chartered organization.

Its bankruptcy was largely triggered by the risk of litigation over sexual abuse claims. It turns out that, while the national organization (the one that declared bankruptcy) has about $1.4 billion in assets, the local councils (that is, the entities that your sons--and sometimes daughters--join) hold a little more than twice that. In bankruptcy, the BSA is purportedly attempting not only to reorganize, but to shield local councils' assets from litigation claims.

Now here's the big problem I have: like most people I know who teach and research nonprofits, I come to it from a tax and BizOrg background. I took a bankruptcy class in law school, and the law there was fascinating, but it's not something I've followed closely. And we didn't address how the bankruptcy rules apply to nonprofits. If there is anybody out there familiar with nonprofit bankruptcy, I would love to get your insights on what's happening and what's going to happen in the future. (There seems to be at least some resonance with Catholic Dioceses in bankruptcy, but in many ways, it seems to be the reverse--this is like what would happen if the Vatican declared bankruptcy in order to protect the assets of the Dioceses.)

In the meantime, though, this is an important case to keep an eye on. And, to the extent you have access to Bloomberg Law or PACER (or some other docketing service I'm unfamiliar with), it's in the U.S. Bankruptcy Court for the District of Delaware, docket number 1:20-bk-10343.