Brunson, God Is My Roommate? 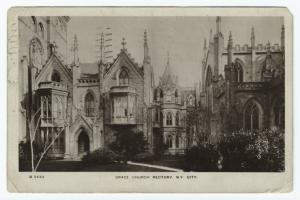 Happy March! To start my week here at the Nonprofit Law Prof Blog, I'm going to do some shameless self-promotion. I recently posted God Is My Roommate? Tax Exemptions for Parsonages Yesterday, Today, and (if Constitutional) Tomorrow to SSRN. I'll copy the abstract below, but a little non-abstract information first:

I wrote this in response to the Seventh Circuit's decision in Gaylor v. Mnuchin. In that case, the court held that section 107(2), which allows "ministers of the gospel" to receive a tax-free housing allowance, did not violate the Establishment Clause. It based its ruling on two tests: the Lemon test and, in the alternative, what it called the "historical significance test." The second of these tests, it said, essentially provides that if something was accepted at the time of the Framers and has continuously been accepted since, it doesn't violate the Establishment Clause.

Its assertion piqued my curiosity, though, so I looked at the property tax treatment of parsonages in all fifty states and the District of Columbia, both today and historically. And the complex and contradictory constitutional, legislative, and judicial treatments of parsonages (and other housing provided to clergy) turns out to be absolutely fascinating. I hope you enjoy reading it as much as I enjoyed researching and writing it!

In 2019, the Seventh Circuit decided an Establishment Clause question that had been percolating through the courts for two decades. It held that the parsonage allowance, which permits “ministers of the gospel” to receive an untaxed housing allowance, does not violate the Establishment Clause of the Constitution. It grounded its conclusion in part on the “historical significance” test the Supreme Court established in its Town of Greece v. Galloway decision. In coming to that conclusion, the Seventh Circuit cited a 200-year unbroken history of property tax exemptions for religious property. According to the Seventh Circuit, that history demonstrated that both the Founders and subsequent generations of Americans recognized that there was no constitutional problem with exempting parsonages. The court’s historical significance analysis was fundamentally flawed, however. Had the court actually engaged with this history, rather than made the conclusory assertion of consistent and uncontroversial exemption, it would have seen at least two things that complicated its facile conclusion. Significantly, in treating the history of religious property tax exemptions as unbroken and consistent, the court elides the actual history, which was messy and varied. The actual history provides no support for the proposition that the Framers and those who followed viewed property tax exemptions as constitutional. Even if the history were as clean as the Seventh Circuit portrayed it, that history would have been irrelevant to the question of the constitutionality of the parsonage allowance. The Supreme Court did not incorporate the Establishment Clause against the states until 1947, so states faced no Establishment Clause bar to exempting for religious property. And the federal government only made four attempts at taxing property, none of which expressly exempted religious property. In this Article, I explore the historical and current tax exemptions for parsonages, and trace how states arrived at their current exemptions. Ultimately, I conclude that the historical significance test, as applied by the Seventh Circuit, does not support the constitutionality of the parsonage allowance. I further conclude that, given its complexity and the fact that attorneys and judges tend to be poor historians, the historical significance test is not well suited as a jurisprudential tool for analyzing Establishment Clause questions, and that courts should not adopt it.