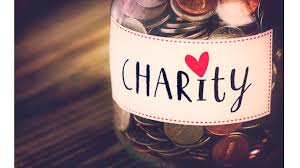 The past couple of months have seen a number of reports about trends in giving, bad publicity for donor advised funds, and increased transparency for PayPal's charitable arm.

Starting with giving trends, in a lengthy Nonprofit Quarterly article Patrick Rooney (IUPUI Lilly School of Philanthropy) documents in great detail "the continued decline of the small donor and the growth of megadonors," with the former trend possibly accelerating because of the 2017 federal tax changes. That said, the effects of these trends likely will not affect all charities equally - a CNBC report indicates that while the largest, well-known organizations are still seeing increasing giving, many smaller, local charities are facing giving declines even in the midst of a a growing economy. And according to a study by Wealth-X, younger "ultrawealthy" donors tend to focus on one or two causes, which may further skew changes in giving levels. That said, a report from Cygnus Applied Research (executive summary requires free registration; full report must be purchased) found that most donors planned to maintain their giving amount in 2019 as compared to 2018, with 29% planning to give more and only 10% planning to give less.

The Rooney article includes a section on donor advised funds, finding that they are both continuing to grow significantly and "remain largely the realm of large donors." That growth is despite continuing bad publicity for DAFs, including news stories that both Google's Larry Page (through $400 million in grants from the Carl Victor Page Memorial Foundation) and Facebook's Sheryl Sandberg ($230 million in Facebook stock) had used giving to DAFs to, respectively, satisfy the private foundation payout rate and (presumably) generate substantial charitable contribution deductions without having to transfer funds to actual operating charities. To be fair, the funds may have eventually ended up at operating charities; there is just no way to know for sure. At the same time, the Chronicle of Philanthropy reports (subscription required) almost half of nonprofits surveyed said that DAFs hamper their ability to build relationships with donors. But there is not a complete lack of regulation of DAFs, as Tax Notes reports (subscription required) that the National Outreach Foundation has been forced to go to court to challenge the IRS' revocation of its tax-exempt status for allegedly using its role as a DAF sponsor to facilitate a tax avoidance scheme similar to one flagged by the IRS in Notice 2004-30.

Finally, the NonProfit Times reports that last month nearly two dozen states and the District of Columbia settled a dispute with the PayPal Charitable Gift Fund, Inc., the charitable arm of PayPal. According to a press release from the New York Attorney General (which also provides a link to the actual agreement), the Fund agreed to make sure donors know they are giving to the Fund, the timeframe for the selected ultimate charitable recipient to receive the donated funds, the difference between "enrolled" and "unenrolled" charities on the platform, and whether the donor's gift has been diverted to a different charity than the one the donor designated. The Fund also agreed to pay $200,000 to the National Association of Attorneys General, to be used to defray investigation and litigation costs relating to charities and to provide training and education for charity regulators.

In the News, State – Executive, Studies and Reports | Permalink

Translated into English, they mean bother the donors at all hours of the day and night until the donors grow thoroughly sick of them.