The past  couple of months have been a busy time for reports, articles, and litigation relating to charitable contributions.

With respect to reports, three studies highlighted trends in charitable giving. The CAF World Giving Index 2019 reported that levels of individual giving in the world's wealthiest countries - particularly the United States, Canada, Ireland, the Netherlands, and the United Kingdom - have declined over the past ten years since the 2008 financial crisis. In the United States, the Center for Effective Philanthropy reports that declining support from small- and medium-gift givers means that charities that rely on the $428 billion (in 2018) in donations from individual donors are increasingly dependent on major donors. Finally, the National Philanthropic Trust reports that in 2018 grants from donor-advised funds totaled $23.42 billion, or roughly 5 percent of all individual giving, with $37.12 billion flowing into DAFs. (Hat tip for all three of these reports to the Philanthropic News Digest.) 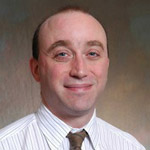 With respect to articles, the Urban Institute/Brookings Institution Tax Policy Institute published a chartbook on Tax Incentives for Charitable Contributions that "explores the implications of current-law income tax incentives for charitable donations along with several alternatives for tax deductions that are more universally available." And Eric A. Kades (William & Mary Law School; pictured here) posted The Charitable Continuum, which argues that "[g]ranting a 100% deduction only for donations to the desperately poor, along with 50%, 25%, and 0% for gifts yielding progressively fewer efficiency, fairness, pluralism, and institutional competence benefits promises to deliver a socially more desirable charitable deduction."

With respect to litigation, taxpayers continue to fight (and generally lose) substantial charitable contribution deduction cases. In Presley v. Commissioner, the U.S. Court of Appeals for the 10th Circuit affirmed the Tax Court's denial of over $300,000 in claimed charitable contribution deductions based on several failures, including trying to deduct land improvement expenses in one tax year that were actually incurred in a different tax year, failure to separately list a donated mower as required on Form 8283, and failure to obtain a qualified appraisal for a donated house. In Coal Property Holdings, LLC v. Commissioner, the Tax Court denied a claimed $155.5 million conservation easement deduction on the grounds that the conservation purpose was not protecting in perpetuity, as required by statute, because the complicated transaction that created the easement meant "the charitable grantee was not absolutely entitled to a proportionate share of the proceeds in the event the property was sold following a judicial extinguishment of the easement." Finally, another conservation easement Tax Court case currently on appeal to the 11th Circuit (Pine Mountain Preserve, LLLP v. Commissioner) has attracted interest in the form of an amicus brief filed by a number of prominent academics and practitioners (including contributors to this blog Roger Colinvaux and Nancy A. McLaughlin (pictured)), as reported by Tax Analysts and Law360 (both of which require subscriptions). For the most recent summary of the many conservation easement cases, see Trying Times: Conservation Easements and Federal Tax Law (October 2019), by Nancy A. McLaughlin (Utah). The IRS also recently announced that it is increasing its enforcement actions relating to syndicated conservation easement transactions.