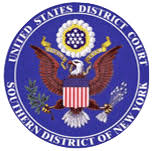 A federal district court struck down as unconstitutional a New York state ethics law that would have required the disclosure of donors to section 501(c)(3)s that contributed more than $2,500  to a 501(c)(4) that engages in lobbying and $1,000 or more donors to section 501(c)(4)s that spent more than $10,000 on grassroots lobbying. The law had been on hold during the three years the litigation was pending. Numerous nonprofit groups challenged the law, including Americans for Prosperity, Citizens Union (joined by its affiliated foundation), Citizens United, Lawyers Alliance for New York (joined by the Nonprofit Coordinating Committee of New York), and the New York Civil Liberties Union (joined by its affiliated foundation and the ACLU Foundation),. Coverage: Law.com; National Law Review; Times Union.

In other litigation news, a federal district court dismissed the lawsuit brought by Nonbelief Relief and supported by the Freedom from Religious Foundation challenging the exemption that churches enjoy from having to file the annual Form 990 series information return with the IRS. The grounds for the dismissal are not yet available, however, nor has the time begun to run on filing an appeal, as the court has yet to issue its final order or a memorandum opinion explaining its reasoning.