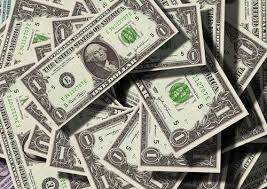 The Miami Herald reports that the nonprofit Florida Coalition Against Domestic Violence is stonewalling a state audit that was triggered by an earlier report that the group's chief executive office was paid over $761,000 for the fiscal year that ended on June 30, 2017. While that amount might not seem high for those familiar with the top salaries at hospitals and universities, it raised eyebrows both because the group income consists almost entirely of more than $51 million in government funding (that it distributes to 42 domestic violence center) and because the compensation only reached that level after pay raises totaling over $313,000 during a two-year period. Again to the latest report, the nonprofit has refused to provide the Florida Department of Child and Families with basic financial and governance documents, leading to the Department suggesting that it will end its contracts with the organization. However, for now the existing contract extends to June 2020.

In other compensation news, AZCentral (part of the USA Today Network) reports that the Chief Executive Officer of nonprofit Valleywise Health earned a total of $25.5 million in 2017, including a one-time $17 million retirement plan payment. That means that even without taking into account this one-time payment, which came from a Supplemental Executive Retirement Plan or SERP and so presumably was earned over multiple years, that still leaves annual compensation of $8.5 million. Concern about his compensation led to a split board vote on raising his base salary, even though even with the approved increase that base salary is only $685,000 annually (with the rest of the compensation presumably reflecting bonuses and other incentives).