Should Nonprofits Return Donations from People who Do Bad Things? 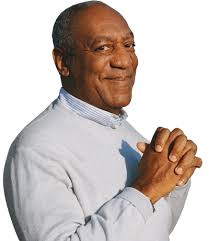 Before Bill Cosby was sentenced to 3 to 10 years for sexual assault, he donated lots of money to many charities, including the Airlift Research Foundation, the Bob Woodruff Foundation, the Children's Miracle Network Hospitals, and the Jackie Robinson Foundation.  He also donated significant amounts to historically black colleges and universities, including a $20 million gift to Spellman University; at the time Cosby's was the largest ever one time gift to a black college.  This morning's Wapo has an article about Jeffrey Epstein's large donations to various colleges and universities, donations that are now viewed at "tainted," and which perhaps should be returned or "re-purposed" to benefit a cause more closely associated with helping victims of crimes such as Epstein was accused of committing.

Sometimes, revelations emerge about a donor after a gift has been accepted.  The ensuing decisions involve interlocking, legal, ethical and strategic considerations, Harold said.  It's complicated by tax law; presumably, the donor has already taken a tax deduction and the money is legally in the public trust.   "Ethically, it's also tricky for all sorts of obvious reasons,"  Harold said, such as "questions of how we define guilt, how we define responsibility, whether an organization believes the money can do more social good with them than if it were returned."

Even here at relatively small Florida A&M University College of Law, we once received a $100,000 donation from one of the attorneys convicted of stealing the money from his clients who sued the makers of Fen-Phen for millions, if not billions.  The money was never returned and more than ten year's later the money was even used to "establish" a chaired professorship in the convicted lawyer's name.  The former provost, in her infinite wisdom, hired a new dean and quietly kicked in the chaired professorship to boot -- named after the guy doing 20 years for his theft!  Institutional memory can be fleeting, I guess.

The answer is easy in at least two instances.  If the donated money was stolen, or can otherwise be traced to some sort of taking crime, the victim has a superior right to the money and it should be returned.  If the "donation" was used to convince the admissions office to admit the donor's child, it should be returned.  But what if the money was "freely" obtained in an otherwise criminal activity, such as drug dealing?  Or not even that.  What if the money was had through the aggressive marketing of cigarettes or opiods?  Should the recipient feel compelled to disgorge the donation years later?  Anyway, what about Cosby and Epstein?  Presumably, they both made millions in legitimate, laudable activities.  And they donated large amounts of money to institutions that have done or are doing great things.  Should the fact that they did despicable, disgusting, criminal things in their private lives compel the recipients to return or "re-purpose" the money?  I suppose re-purposing the money might help directly undo some of the harm the donors did in their private lives.  The Wapo article indicates that some recipients of Epstein's donations are donating or intend to donate the money to organizations that help victims of sexual exploitation.  But I am just not so certain that doing so isn't more symbolic than anything else.  I can understand removing the donor's name from whatever stadium or department his or her donation most directly benefited.

Last summer, Purdue University leaders voted to remove the name of John Schnatter from a research center and offered to return a pledged $8 million donation after Forbes reported that the founder of the Papa John's pizza chain used a racial slur.  A spokesman said $1 million, the total amount received, was returned.  Ball State University, Schnatter's alma mater, also erased his name from an institute, returned his gift, and issued a statement condemning racism.

The symbolism is not to be lightly discarded, for sure.  But if the recipient is doing good things with the money, and the money was not obtained through the direct victimization of another human being, why return it?