Ray Madoff (Boston College) and Roger Colinvaux (Catholic University) published Charitable Tax Reform for the 21st Century in the September 16th issue of Tax Notes.  The following are the introductory paragraphs of the article:

Charitable organizations play a fundamental role in American society, fulfilling functions that would otherwise fall to government, providing creative solutions to society’s most pressing problems, and serving our highest ideals. The federal government has long provided generous tax incentives for charitable donations, with current benefits reaching up to 74 percent of the amount of the gift. Unfortunately, however, the design of the tax incentives is now woefully out of step with their purpose and the realities of charitable fundraising today, resulting in a system that is incoherent, 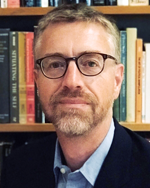 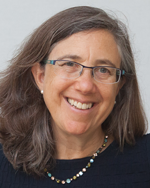 ineffective, and on the verge of failure.

Taking a broad view, we believe that there are two overarching policy goals of the charitable tax incentives. The first is to promote actual charitable work and the second is to foster a strong culture of charitable giving with broad participation.

The fundamental purpose of providing charitable tax benefits is to support charitable work. If the good work of charities never gets done, tax benefits are wasted, costing the government significant revenue but providing no benefit to the public. In order to encourage actual charitable work, Congress based the giving incentive on donors giving up dominion and control of their donations. Only when donors give up control are funds fully available for charities to deploy in support of their mission. . . .

To summarize our concerns, the system of charitable tax benefits is failing on three main fronts: (1) current rules provide no giving incentive for 90 percent of American taxpayers, leaving charities reliant on a shrinking and narrow base of support; (2) current rules no longer provide any assurance that tax-benefited donations will ever be made available for charitable use; and (3) long-standing rules designed to promote the public good (for example, on payout, disclosure, and lobbying) are easy to avoid through the use of DAFs.

Both of us have written numerous articles and opinion pieces on ways to improve the tax rules to make them fairer and work better for the people who rely on charitable efforts, and there are many ways to approach these complex issues. In this article, we outline five proposals that we believe provide the best ways to fix the problems facing the charitable sector:

1.  replace the current charitable deduction with a credit for charitable giving available for all taxpayers who give more than a designated floor;

2.  reform the rules applicable to DAFs so that some tax benefits are conferred upon transfer to a DAF while others are deferred until the donation is no longer subject to the donor’s advisory privileges;

5. reform the excise tax applicable to private foundations to provide incentives for them to increase their charitable expenditures. . . .

Outstanding job of missing the big picture. The real problem is with the mega institutions -- hospitals and universities -- that have billions of dollars in assets and use every opportunity to squeeze their clients as hard as they can.

As for the deduction, why is that proffessors are always shocked by the idea that tax deductions only help those people who have enough income to be required to pay taxes. More than 40-% of the population doesn't pay any income tax. Tax cuts can not help them.