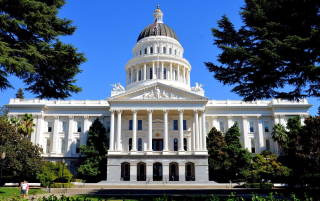 CORRECTION: A reader commented that AB 1181 actually regulates the way that the recipient nonprofit reports the contribution, not the deductibility of the part of the donor.

Earlier this month the California Assembly passed legislation (AB 1181) to limit charitable contribution deductions for donated medical supplies that are conditioned on being used outside the United States, as well as strengthening the state's charitable solicitation laws in a variety of other ways. This legislation presumably grew out of several enforcement actions taking by the California Attorney General targeting such activities, one of which resulted in a $410,000 settlement. The bill is now on the governor's desk, where it joins the previously passed bill (SB 206) "to allow athletes at California's 58 NCAA schools the right to receive compensation for the use of their names, images and likenesses" and a bill (AB 136) to ensure that defendants in the Varsity Blues college admissions scandal are refused a deduction under state law, whether as a charitable contribution or a business expense, for any unlawful payments. Governor Gavin Newsom has until October 13th to decide whether to sign or veto each bill, along with hundreds of others currently on his desk.

Bills to regulate community foundations (AB 1338), charitable crowdfunding (AB 1539), and donor-advised funds (AB 1712) were also introduced in the current legislative session, but have not advanced.

AB 1181 actually regulates the way that the recipient nonprofit reports the contribution, not the deductibility of the part of the donor.

Thanks for the correction, which I have added to the top of the main post.