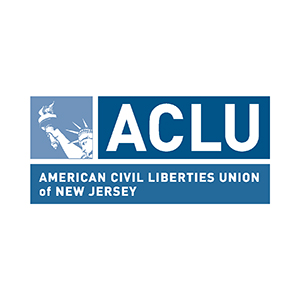 From an ACLU-New Jersey Press Release:

The American Civil Liberties Union of New Jersey and the national ACLU today filed a lawsuit challenging the constitutionality of a law requiring all social welfare organizations to disclose personal information about their donors and details about nonpartisan voter education and advocacy activities. The lawsuit calls for the court to invalidate provisions of S150, a bill that created vague and overbroad disclosure requirements for organizations that engage in public advocacy work, including even those that do not engage in electoral politics.  The ACLU’s lawsuit (PDF), filed in the U.S. District Court for the District of New Jersey, argues that mandatory disclosure of donors’ names and other personal information undermines New Jerseyans’ right to exercise free speech and free association – two fundamental freedoms afforded and protected by the First Amendment.  “This law discourages people from donating to non-profit organizations that advocate for causes that they believe make people’s lives better,” said ACLU-NJ Legal Director Jeanne LoCicero. “The law sweeps up hundreds of advocacy organizations, including those that don’t take sides in elections, and even some that don’t directly engage in lobbying the government.”

Here is the gravaman of the ACLU Complaint:

2. S150, passed and signed into law despite New Jersey Governor Phil Murphy’s express concerns about its constitutionality, creates a new class of organization in New Jersey: the “independent expenditure committee” (“IEC”). S150 subjects any existing organization falling within that class to onerous regulations, including: 1) requirements that it publicly disclose certain donors; and 2) restrictions barring certain persons from holding leadership positions within that organization.

3. Specifically, S150 defines an IEC as any 501(c)(4) or 5271 organization that raises or spends $3,000 or more annually for the purposes of (1) influencing state or local elections, including the outcome of public questions; (2) influencing legislation or regulation; or (3) providing “political information,” broadly defined as any statement containing facts or reflecting the organization’s opinion about a candidate or public question, legislation, or regulation.

4. If an organization falls within the scope of this far-reaching definition, S150 requires it to disclose publicly the name, mailing address, occupation, and employer of any person contributing more than $10,000 to the organization. S150 also requires the IEC to disclose “all expenditures made by it in excess of $3,000,” including the name and address of the person to whom the expenditure was made.

5. S150 also restricts an IEC’s ability to choose its own leaders, by (1) barring any person who chairs a political party committee or a legislative leadership committee from serving as the IEC’s chairman or treasurer; and (2) barring any candidate or public office holder from “establish[ing], authoriz[ing] the establishment of, maintain[ing], or participat[ing] in the management or control” of an IEC.

6. By imposing these requirements on IECs, S150 burdens speech and expressive and associational conduct in a manner that goes far beyond what is permitted by the First Amendment to the Constitution of the United States and by the New Jersey Constitution of 1947. With respect to the Act’s donor disclosure requirements, S150 presents IECs with three untenable choices: (1) obey the law and publicly disclose their donors, though the First Amendment protects against being required to do so; (2) break the law and subject their staff and board members to criminal and civil penalties; or (3) extract themselves from the scope of the law by giving up the protected advocacy activities that would otherwise define them as IECs.  S150 likewise prevents IECs from freely choosing their own leadership unless they forgo the very activities that would otherwise bring them within the Act’s definition of an IEC. Furthermore, S150 runs afoul of the Fourteenth Amendment to the U.S. Constitution and New Jersey Constitution’s due process protections because its ill defined terms and poor drafting render the law—which includes criminal penalties— unconstitutionally vague.