A Bad Man -- known as "Voldemort" -- Gave Clean Money to Charity, and Convinced his Good Guy Friends to do the Same. Now Heads are Rolling, but Why? 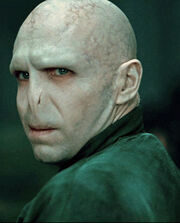 A few days ago, we posed the question "should nonprofits return donations from people who do bad things?  The post discussed the mostly moral question whether charities should return or "re-purpose" clean money donations made by people later identified as having done bad things unrelated to the activities from which they earned the donated monies.  This week's New Yorker reports that Joi Ito, Director of the MIT Media Lab, resigned his position at the prestigious university because he continued to solicit, accept, and then hide the source of donations from Richard Epstein, after Epstein had been convicted and given a relative slap on the risk for solicitation of prostitution and procurement of minors for prostitution.

The M.I.T. Media Lab, which has been embroiled in a scandal over accepting donations from the financier and convicted sex offender Jeffrey Epstein, had a deeper fund-raising relationship with Epstein than it has previously acknowledged, and it attempted to conceal the extent of its contacts with him. Dozens of pages of e-mails and other documents obtained by The New Yorker reveal that, although Epstein was listed as “disqualified” in M.I.T.’s official donor database, the Media Lab continued to accept gifts from him, consulted him about the use of the funds, and, by marking his contributions as anonymous, avoided disclosing their full extent, both publicly and within the university. Perhaps most notably, Epstein appeared to serve as an intermediary between the lab and other wealthy donors, soliciting millions of dollars in donations from individuals and organizations, including the technologist and philanthropist Bill Gates and the investor Leon Black. According to the records obtained by The New Yorker and accounts from current and former faculty and staff of the media lab, Epstein was credited with securing at least $7.5 million in donations for the lab, including two million dollars from Gates and $5.5 million from Black, gifts the e-mails describe as “directed” by Epstein or made at his behest. The effort to conceal the lab’s contact with Epstein was so widely known that some staff in the office of the lab’s director, Joi Ito, referred to Epstein as Voldemort or “he who must not be named.”

The financial entanglement revealed in the documents goes well beyond what has been described in public statements by M.I.T. and by Ito. The University has said that it received eight hundred thousand dollars from Epstein’s foundations, in the course of twenty years, and has apologized for accepting that amount. In a statement last month, M.I.T.’s president, L. Rafael Reif, wrote, “with hindsight, we recognize with shame and distress that we allowed MIT to contribute to the elevation of his reputation, which in turn served to distract from his horrifying acts. No apology can undo that.” Reif pledged to donate the funds to a charity to help victims of sexual abuse. On Wednesday, Ito disclosed that he had separately received $1.2 million from Epstein for investment funds under his control, in addition to five hundred and twenty-five thousand dollars that he acknowledged Epstein had donated to the lab. A spokesperson for M.I.T. said that the university “is looking at the facts surrounding Jeffrey Epstein’s gifts to the institute.”

The documents and sources suggest that there was more to the story. They show that the lab was aware of Epstein’s history—in 2008, Epstein pleaded guilty to state charges of solicitation of prostitution and procurement of minors for prostitution—and of his disqualified status as a donor. They also show that Ito and other lab employees took numerous steps to keep Epstein’s name from being associated with the donations he made or solicited. On Ito’s calendar, which typically listed the full names of participants in meetings, Epstein was identified only by his initials. Epstein’s direct contributions to the lab were recorded as anonymous. In September, 2014, Ito wrote to Epstein soliciting a cash infusion to fund a certain researcher, asking, “Could you re-up/top-off with another $100K so we can extend his contract another year?” Epstein replied, “yes.” Forwarding the response to a member of his staff, Ito wrote, “Make sure this gets accounted for as anonymous.” Peter Cohen, the M.I.T. Media Lab’s Director of Development and Strategy at the time, reiterated, “Jeffrey money, needs to be anonymous. Thanks.”

I know this is a touchy subject amongst the charitable and philanthropic communities, but its worth exploring a little more.  Now that we know (or think we know, because Gates is denying that Epstein influenced him to make his donations) that other untainted good guys were associated with Epstein and gave money at Epstein's request, should the recipients give that money back too?  Naturally, I understand MIT President's statement that he regrets that his institution's acceptance of the donations helped elevate a scoundrel's reputation but is that what really happened?  Ito, the very eager fundraiser -- who no doubt was given plenty of "atta-boys" when those gifts came rolling in -- ensured all of Epstein's direct gifts were anonymous so Epstein received no public acclaim for them.  Still, Epstein was widely known as a successful facilitator of gifts from untainted good guys like Gates and Black.  By the way, Slate magazine refers to MIT's acceptance of Epstein's gifts as evidence of MIT's "moral rot."  Seriously?  How far does that rot go?  Should the gifts from Gates and Black be returned too because they were done as favors to a child molestor?  The label "child molester" pretty forces a visceral response, but is that response logical.  And should Gates and Black be put on the "disqualified" list so that charities no longer accept gifts from them or their foundations?

Atrocious bad actor - Epstein. However, mere taint by association (tenuous - e.g., Gates) has got to stop.