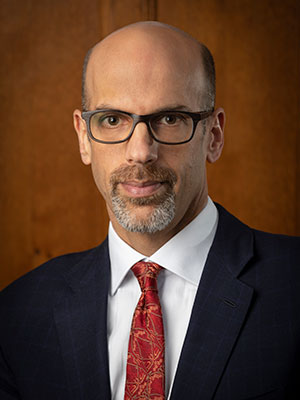 Daniel Markovits, a law professor at Yale, has a thought provoking essay in the September 2019 issue of The Atlantic. His basic point is that the idea that we all compete in a fair meritocratic society is a myth (as is the concept of upwards socio-economic mobility) and harms even those who are born into elite status.  Here's an excerpt that I think captures his first point:

Today’s meritocrats still claim to get ahead through talent and effort, using means open to anyone. In practice, however, meritocracy now excludes everyone outside of a narrow elite. Harvard, Princeton, Stanford, and Yale collectively enroll more students from households in the top 1 percent of the income distribution than from households in the bottom 60 percent. Legacy preferences, nepotism, and outright fraud continue to give rich applicants corrupt advantages. But the dominant causes of this skew toward wealth can be traced to meritocracy. On average, children whose parents make more than $200,000 a year score about 250 points higher on the SAT than children whose parents make $40,000 to $60,000. Only about one in 200 children from the poorest third of households achieves SAT scores at Yale’s median. Meanwhile, the top banks and law firms, along with other high-paying employers, recruit almost exclusively from a few elite colleges.

Markovits is not just concerned about the impact of the myth of meritocracy on regular folk.  He is careful not to ask the reader to pity the rich, but at the same time he argues that being born into wealth harms the souls of rich folks too:

But what, exactly, have the rich won? Even meritocracy’s beneficiaries now suffer on account of its demands. It ensnares the rich just as surely as it excludes the rest, as those who manage to claw their way to the top must work with crushing intensity, ruthlessly exploiting their expensive education in order to extract a return.  No one should weep for the wealthy. But the harms that meritocracy imposes on them are both real and important. Diagnosing how meritocracy hurts elites kindles hope for a cure. We are accustomed to thinking that reducing inequality requires burdening the rich. But because meritocratic inequality does not in fact serve anyone well, escaping meritocracy’s trap would benefit virtually everyone.  Elites first confront meritocratic pressures in early childhood. Parents—sometimes reluctantly, but feeling that they have no alternative—sign their children up for an education dominated not by experiments and play but by the accumulation of the training and skills, or human capital, needed to be admitted to an elite college and, eventually, to secure an elite job. Rich parents in cities like New York, Boston, and San Francisco now commonly apply to 10 kindergartens, running a gantlet of essays, appraisals, and interviews—all designed to evaluate 4-year-olds. Applying to elite middle and high schools repeats the ordeal. Where aristocratic children once reveled in their privilege, meritocratic children now calculate their future—they plan and they scheme, through rituals of stage-managed self-presentation, in familiar rhythms of ambition, hope, and worry. . . . Such demands exact a toll. Elite middle and high schools now commonly require three to five hours of homework a night; epidemiologists at the Centers for Disease Control and Prevention have warned of schoolwork-induced sleep deprivation. Wealthy students show higher rates of drug and alcohol abuse than poor students do. They also suffer depression and anxiety at rates as much as triple those of their age peers throughout the country. A recent study of a Silicon Valley high school found that 54 percent of students displayed moderate to severe symptoms of depression and 80 percent displayed moderate to severe symptoms of anxiety.

Markovits, who has studied income inequality for awhile now, provides some modest but significant prescriptions for the ills of the modern rat race that seemingly favors those born several miles ahead of the rest of us.   The first of which involves re-directing the tax exemption subsidy, at least at it relates to colleges and universities:

Escaping the meritocracy trap will not be easy. Elites naturally resist policies that threaten to undermine their advantages. But it is simply not possible to get rich off your own human capital without exploiting yourself and impoverishing your inner life, and meritocrats who hope to have their cake and eat it too deceive themselves. Building a society in which a good education and good jobs are available to a broader swath of people—so that reaching the very highest rungs of the ladder is simply less important—is the only way to ease the strains that now drive the elite to cling to their status. How can that be done? For one thing, education—whose benefits are concentrated in the extravagantly trained children of rich parents—must become open and inclusive. Private schools and universities should lose their tax-exempt status unless at least half of their students come from families in the bottom two-thirds of the income distribution. And public subsidies should encourage schools to meet this requirement by expanding enrollment.

If charity and tax exemption is about the long-term reduction or elimination of economic inequality, as opposed to just handing a hungry person a fish sandwich, Markovits is undoubtedly on to something.  The essay, based on his forthcoming book, is a good read.

Stop letting the elite schools pick their own student bodies. Force them to select students by random draw. Then we can stop worrying about a lot of this garbage.