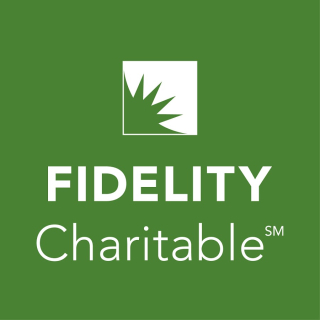 Donor-advised funds (DAFs) are becoming increasingly popular in the United States. DAFs receive a growing share of all charitable donations and control a sizable proportion of grants made to other nonprofits. The growth of DAFs has generated controversy over their function as intermediary philanthropic vehicles. Using a panel data set of 996 DAF organizations from 2007 to 2016, this article provides an empirical analysis of DAF activity. We conduct longitudinal analyses of key DAF metrics, such as grants and payout rates. We find that a few large organizations heavily skew the aggregated data for a rather heterogeneous group of nonprofits. These panel data are then analyzed with macroeconomic indicators to analyze changes in DAF metrics during economic recessions. We find that, in general, DAF grantmaking is relatively resilient to recessions. We find payout rates increased during times of recession, as did a new variable we call the flow rate.

Earlier this month Candid (formerly the Foundation Center and GuideStar), released the results of a community foundation survey. Included in those results is the following information regarding donor-advised funds maintained by the surveyed foundations (citations omitted):

Product Mix: On average, donor advised funds make up more than a third of assets for community foundations larger than $250M. Although DAFs continue to grow, they don't appear to comprise significantly more of respondents' asset bases than in previous years.

Total Donor Advised Fund Assets, Gifts, and Grants: Aggregate community foundation donor advised fund (DAF) asset, gift, and grant totals all saw a higher rate of increase in FY18 than the field as a whole. DAF grantmaking grew at a higher rate (4%) than assets and gifts (2% each).

Donor Advised Fund Flow Rate: The "flow rate" of DAFs compares a given year's grantmaking total with its gift total, dividing grants by gifts. This metric may help capture the activity of donors who contribute to their DAF and grant from it that same year. As with distribution rate and other measures of DAF activity in this survey, data is collected in the aggregate by sponsoring community foundation. Data collection on the account level would be necessary to analyze the activity of individual DAF holders. 39% of FY18 Columbus Survey respondents had a DAF flow rate of over 100%, meaning that they granted out more from DAFs than they received that year.

Finally, a piece in the Nonprofit Quarterly written by Alfred E. Osborne, Jr. (UCLA Anderson School of Management and also Fidelity Charitable Board Chairman) titled Fidelity Charitable 2019 DAF Grants Spike: How Donor-Advised Funds Changed Giving for the Better triggered a response (in the comments) from Al Cantor raising issues about Fidelity Charitable's influence over news coverage of it that is worth reading along with the main article.

In the News, Publications – Articles, Studies and Reports | Permalink