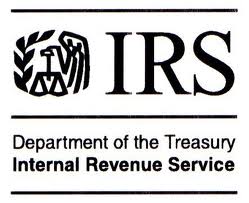 There has not been a lot of exempt organizations guidance or data activity from the IRS this summer, but here are a few items:

Section 13701 of the 2017 Tax Reform Act created new Internal Revenue Code § 4968 that imposes a 1.4% excise tax on the net investment income of certain large private college and university endowments. The affected institutions must have at least 500 tuition-paying students during the preceding taxable year, provided more than 50% of its students are located in the United States, plus assets (other than assets used directly in carrying out the institution’s exempt purpose) with an aggregate fair market value at the end of the preceding taxable year equal to at least $500,000 per full-time or full-time equivalent student. Approximately twenty-seven to thirty-five colleges and universities are affected.

This paper argues that the legislation as enacted is politically motivated and fatally flawed. The “assets per student” ratio that triggers the tax is both over and under-inclusive, and irrelevant and arbitrary as a guide to excessive endowment accumulation. The legislation serves to exempt multi-billion dollar endowments of many universities yet ensnare smaller colleges that may have more limited resources, but the endowment to student ration exceeds $500,000.

The growing income inequality in American society is reflected in the inequality of access to elite schools with billion dollar endowments. While large endowment schools have increased financial aid, the percentage of students from lower income families has remained the same. A student whose parents come from the top one percent of income distribution is 77 times more likely to attend an Ivy League college than one from the bottom income quintile. Among “Ivy League Plus” colleges (the eight Ivy League colleges plus Chicago, Stanford, MIT and Duke), more students come from families in the top 1% of income distribution (14.5%) than the bottom half of the income distribution (13.5%).

Recommended is that the investment income tax be triggered for all billion dollar endowment institutions when the endowment earns $75 million in net investment income ($150 million for public school billion dollar endowments). The endowment per student ratio should be jettisoned. Schools could offset the net income investment tax on a one dollar to one dollar basis by increasing financial assistance to the student body. If the school increases the admission of students from underrepresented constituencies, the tax offset would be two dollars for each dollar spent in expanding the number of such students.