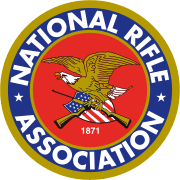 Here are the most recent National Rifle Association (NRA) developments: