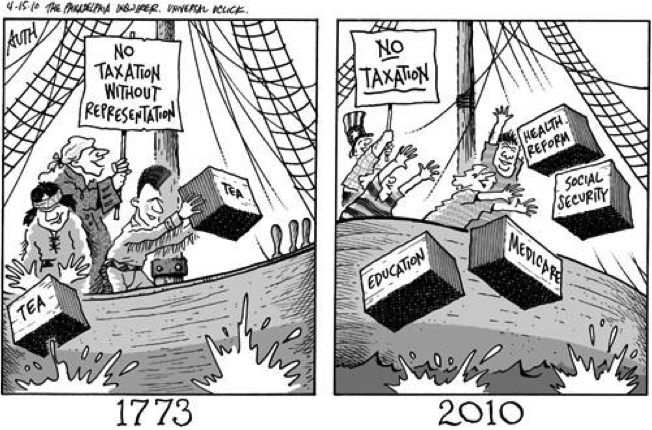 The Foundation for Economic Education (FEE), in today's online edition makes the case that charity can replace taxation altogether in the provision of charitable goods and services -- in this case, health care and education to the poor.  Here are the salient points of the argument along with my counterpoints:

However, is publicization (of health care and education) through state activity the only or best way to provide those services to the poor? Do we have alternatives? How about charity? Couldn’t charity replace taxation?   It could—and with solid advantages.  There are four main reasons why this is the case: moral, political, financial, and psychological

1.  The Moral Case.   Are taxes so different from charity? Well, pulling out our wallet to donate money to a non-government organization (responsible for offering health or education) is different than opening our pockets for the revenue guys who threaten us: “If you don’t pay your taxes, you will end up in prison!” We have here a strong moral difference between a forced act and a voluntary act: taxation is coercion, while charity is benevolence.

In fact, rich countries that adhere to a welfare state model and (of course) high taxation are not the most generous ones. According to rankings from the Organization for Economic Cooperation and Development (OECD), France has the highest tax-to-GDP ratio in the world (46.2 percent), followed by Denmark (46 percent) and Belgium (44.6 percent).  When we check the Charities Aid Foundation (CAF) World Giving Index, France is 72nd on the list of generosity, Denmark is 24th, and Belgium is 39th. On the other hand, Ireland’s tax-to-GDP ratio is 22.8 percent, and the United States is 27.1 percent. Ireland is fifth on the CAF World Giving Index, and the United States is fourth. Interesting, isn’t it?

Editor's response:  Maybe those who live in welfare states confidently expect that the state will take care of all health and education needs and thus feel no compunction to donate.  Ever think of that!?

Editor's response:  Now this might be a legitimate point but only for a small group.  There are a plenty of schools, a distinct minority to be sure,  that do not accept any federal funding "in order to preserve their liberty and independence . . . Government aid comes with government strings, whether it goes directly to a school or directly to its students. To avoid these strings, a school must decline aid both to itself and to its students. That is, it must decline to participate in government-sponsored student loan and grant programs.  Most of the schools on the list refuse not only federal but also state and local government aid."  But this small minority of schools hardly proves that the majority would forego taxpayer support in exchange for "liberty and independence" made possible by charitable donations.  For their part, hospitals are regulated in all sorts of ways, and not just in exchange for accepting medicare or medicaid payments.  They might eschew government financial support but health and safety concerns will always justify their lack of "liberty and independence."

3.  The Financial Case. We will set here an audacious premise: Private entities sponsored by charity are normally more effective (they are cheaper or have a better cost-benefit profile) than public entities. They can do the same with fewer resources.  For example, in Brazil, we have public and private universities. Research shows that a student in a Brazilian private university costs 60 percent less than in a public university. Maybe poor countries could do more with less money if they invested in the private sector and thought about how to promote charity instead of relying only on public services and taxation.  Perhaps if the government demanded less (coercively), people would give more voluntarily.  The 2016 IUPUI survey asked wealthy people what they would do if taxes were eliminated. What do you think they said? Seventeen percent indicated they would increase the amount they give to charity, and 6 percent said they would dramatically increase (72 percent would stay the same, and just 5 percent would reduce the contribution). In 2013, the figures were even more in favor of charity: 47 percent would stay the same, 31 percent would increase, and 18 percent would dramatically increase.  Considering this—rich people would give more money and we can do more with less (investing the money donated in the private sector)—why can't we believe charity is a financially feasible alternative? As a famous politician’s slogan goes: Yes, we can!

Editor's response:  I almost stopped at the assertion that private charitable entities are cheaper and have better cost-benefit profiles.  We are talking about education and health care remember.  Private universities, at least in the United States, are pretty much out of reach for even upper middle class students without tax payer funding.  The people who cannot afford private schools can generally afford public schools.  Second, private charitable hospitals are just as expensive, if not more than for-profit hospitals.  And with the meshing of patient payment options, I am not sure there is any real price differentials between charitable and non-charitable hospitals.  See this post and this post from last week.

Editor's response:  Hmmmmmm.  So people would be happier giving to charities because they could more easily track the use of their charitable dollars than they can with forced extractions through taxation.  Ok, so Hansmann's market failure theory to explain the nonprofit firm works to explain why some nonprofits are patronized even though the resulting public good may be incapable of measurement.  Does this mean we would end up having more willing donors than reluctant taxpayers though.  Free rider much?

This article is probably . . . well, a waste of time on a slow news day.  Or am I being too harsh?

You are not being too harsh. This is an ideological group that promotes a concept that "sounds" reasonable but in practice is abhorrent when faced with the realities of a large complex society with complex social problems. No doubt Ayn Rand would approve of their concepts.The irony is that the group is using the federal tax laws to avoid taxation in promoting their philosophy. 😂😂