On June 7, the University of Alabama voted to return more than $20 million in donations from Hugh Culverhouse, Jr. 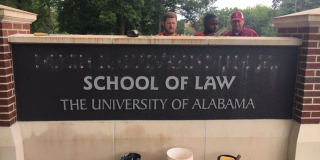 Culverhouse initially claimed that the refund was retaliation for his comments on Alabama's recent abortion legislation. In response, the University recently released emails from the donor in which he repeatedly cited his large donations as entitling him to influence administrative appointments, faculty hiring and firing, decisions about student admissions, and other issues. In one passage, he writes:

You seem to think the quid pro quo is I give you the largest sum and commitment in the school's history and you have no return consideration as your end of the transaction."Thanks for the money--Good-Bye."

Other places, he insults the dean of the law school, describes applicants for a chair position as "mediocre" and unacceptable, and demands free rein to wander the law school and attend classes without restriction.

Joe Patrice at Above the Law offers a different take, suggesting that the University's decision was simply because it had a philosophical disagreement about what constitutes quality education, implying that the law school has chosen a path towards mediocrity. Patrice suggests that the University "interpreted [everything Culverhouse wrote] through a sinister lens." Patrice concludes: "At least the school seemingly wasn’t trying to cut him out over his opposition to the Alabama abortion law. Too bad they were actually trying to kick him to the curb for other ill-considered reasons."