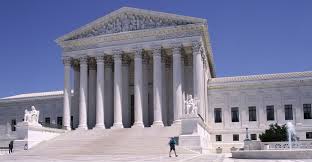 In a relatively unnoticed decision earlier this week, the Supreme Court of the United States reached a decision that could provide an additional reason for governments to outsource activities to nonprofits. Manhattan Community Access Corp. v. Halleck involved whether a nonprofit organization was a state actor subject to the First Amendment when New York City delegated the operation of public access cable channels to it. In a 5-4 decision, the Court concluded that it was not because managing public access channels is not "a traditional, exclusive public function." (The City also did not compel the nonprofit to take the alleged action at issue or act jointly with the nonprofit, either of which could have been alternate grounds for finding the nonprofit was a state actor for these purposes.) The majority held that very few functions are traditional, exclusive public functions, and the function at issue was not one of those few. The dissent's very different take was that the public access channels are a public forum and the City could not avoid the First Amendment's application to the forum by delegating management of it to a private entity, here the nonprofit.

This decision creates an additional incentive for governments to delegate the management of activities to private entities, including nonprofits. If the activity is speech-related, and the government is careful not to direct the nonprofit regarding its speech-related decisions, those decisions may often not be subject to First Amendment limits. Presumably if the government delegated that management to a private entity with a known, speech-related bias with the intent of seeing that bias implemented even though the First Amendment would prevent the government from doing so directly, that would be problematic. But of course proving intent along these lines could often be very difficult, even if it exists.

The majority takes the rather odd position that because private actors sometimes also provide venues for speech, outsourcing management of a public access cable channel to a private actor somehow converts it to a private forum. Justice Sotomayor gets it right in the opening sentences of her dissent.