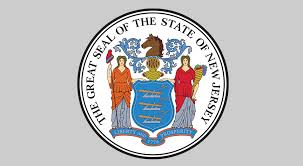 New Jersey Governor Phil Murphy has reversed course, announcing last week that he will sign bill S1500 after initially vetoing it conditionally because of constitutional and policy concerns. Assuming he follows through on his commitment, any group that is tax-exempt under either section 501(c)(4) (social welfare organizations) or section 527 (political organizations) of the Internal Revenue Code that engages in certain activities will have to publicly disclose donors who contribute $10,000 or more. The triggering activities are raising or spending $3,000 or more for the purpose of "influencing or attempting to influence the outcome of any election or the nomination, election, or defeat of any person to any State or local elective public office, or the passage or defeat of any public question, legislation, or regulation, or in providing political information on any candidate or public question, legislation, or regulation." Groups that engage in these activities will also have to report details of their relevant expenditures. The bill will become law despite opposition from the New Jersey chapters of both the ACLU and American for Prosperity.

So far it appears that state-level expansions of required public disclosures by politically active nonprofits have been limited to a handful of Democratic-controlled states, although significant ones in terms of their size (California, New Jersey, and New York). It remains to be seen whether disclosure legislation introduced in many other states becomes law (see the end of this Ballotpedia News story for a nationwide update on such legislation).

Oh great, more opportunities to dox and harass people the yapping ninnies of the twitter left don't like. Hopefully the Supreme Court will follow its precedent from Alabama vs NAACP 357 U.S. 449