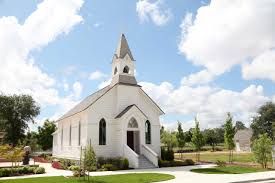 This month brought us the spectacle of a televangelist awkwardly trying to explain why he has to fly in a private jet and a report that a Catholic bishop gave hundreds of thousands of dollars in gifts to fellow clergymen, with his diocese increasing his compensation to cover the value of the gifts. The latter story came from a leaked draft confidential report to the Vatican that led to the Bishop's resignation last fall. And the latter story also led to a call in the Washington Examiner from the head of the Center for a Free Economy for an IRS audit of the Catholic Church and in the Washington Post for churches to have to file Form 990, the IRS annual information return that almost all other tax-exempt organizations are required to file (although for financially smaller organizations shorter versions of the form are usually sufficient).

This raises a perennial issue that understandably never gains any political traction - should churches have to file some version of the Form 990, say a Form 990-CH, to allow the IRS and the public to see whether they continue to qualify for the tax benefits they enjoy? It seems unlikely that the occasional financial scandal or lavish spending by a church leader will be enough to change the political calculation that pursuing this idea legislatively is a fast way for a member of Congress to alienate many of their constituents. Nor is it obvious that the arguably rare incidents along these lines should be the basis for this change and the encroachment on church internal affairs that it would represent. However, as the proportion of Americans who associate with a formal religious organization continues to decline - including not just the "nones" but also people who consider themselves religious but do not engage with the institutional church - it should not be taken for granted that this exemption from the annual return requirement will always be invulnerable to attack. And of course there is the little matter of the Freedom from Religion Foundation's lawsuit challenging the exemption, although I would not give the lawsuit much chance of success, in part for the reasons provided by fellow blogger Sam Brunson.

In the News, Religion | Permalink