"which dropped the requirement that section 501(c) organizations report the names and addresses of substantial contributors to the IRS. This reporting had been done on Schedule B to the annual Form 990, 990-EZ, or 990-PF, with the information only available to the IRS and not subject to public disclosure (unlike the rest of Form 990/990-EZ/990-PF). This change is effective for tax years ending on or after December 31, 2018. The reporting requirement still applies to section 501(c)(3) organizations, however, as for those organizations there is a statutory requirement (found in section 6033(b)(5)) of such reporting."

The stated reason for the change was: the IRS does not need personally identifiable information of donors to be reported on Schedule B of Form 990 or Form 990-EZ in order for it to carry out its responsibilities. The requirement to report such information increases compliance costs for some private parties, consumes IRS resources in connection with the redaction of such information, and poses a risk of inadvertent disclosure of information that is not open to public inspection. 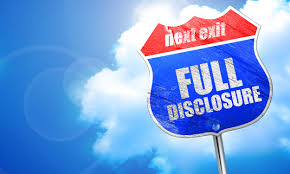 Two days ago, the NY Attorney General's Office filed suit implicitly challenging the procedures to adopt Revenue Procedure 2018-38.  The full text of the complaint is also available via the link in the in the press release below the fold.  The complaint seems carefully worded, actually, not as a direct challenge to Rev. Proc. 2018-38 but rather as a demand to comply with a FOIA request seeking all documents and records relating to the decision to issue the Revenue Ruling.  It would appear that the NY AG is seeking to prove improper political motives resulted in the Revenue Procedure's issuance.  This might prove interesting later on.

NEW YORK – New York Attorney General Letitia James filed a lawsuit today against the U.S. Department of the Treasury and its subsidiary bureau, the Internal Revenue Service (IRS), for failing to respond as required by law to records requests. The requests concern the elimination of established donor disclosure requirements for non-501(c)(3) tax-exempt groups. The revised reporting standard, released in July 2018 as Revenue Procedure 2018-38, permits non-(c)(3) organizations to withhold the names and addresses of their substantial contributors from their Form 990 or Form 990-EZ federal information return. Today’s suit, filed jointly with the State of New Jersey, asks the court to compel the Treasury Department and IRS to respond as required by law to requests for information regarding agency actions that directly impact the New York Attorney General’s ability to effectively regulate affected organizations operating in New York.

“My office depends on these critical donor disclosure forms to be able to adequately oversee non-profit organizations in New York,” said Attorney General Letitia James. “Not only was this policy change made without notice, the Treasury and the IRS are now refusing to comply with the law to release information about the rationale for these changes. No one is above the law – not even the federal government – and we will use every tool to ensure they comply with these regulations to provide transparency and accountability."

The Form 990 represents a major component of the annual filing required for independent registration in New York, the Revenue Procedure significantly reduces the information that the New York Attorney General’s office will collect from registered non-profits operating or soliciting in the State. This change deprives the New York Attorney General’s Charities Bureau of information necessary to perform its statutory oversight function for thousands of 501(c)(4) social welfare organizations, labor organizations, and business leagues that operate and solicit in New York.

Revenue Procedure 2018-38 was released without public notice or comment in July 2018 and eliminates from federal and state filings an entire category of information that the Attorney General relies on to identify potential control risks, self-dealing transactions, private inurement, and criminal conduct within the New York non-profit sector. Together with Attorney General Gurbir Grewal, the Attorney General submitted separate requests to the Treasury Department and the IRS on October 22, 2018, pursuant to the Freedom of Information Act (FOIA), for documents regarding the Revenue Procedure’s origin and adoption. The requests sought agency records concerning the development, implementation, consideration, and evaluation of the Revenue Procedure, including records discussing the donor reporting requirements in effect prior to the Revenue Procedure’s adoption, historical agency review of donor information, and external inquires or other communications regarding consideration and development of the change. To date, the IRS has provided only a partial production from one of seven categories of requested material and the Treasury Department has failed to respond entirely.

The complaint, filed in the U.S. District Court for the Southern District of New York today, alleges that the Treasury Department and IRS have failed to meet their obligation under FOIA to provide required information within the statutorily prescribed time limit. Under FOIA, a federal agency must respond within 20 business days after receipt of a request with a determination that informs the requester of the agency’s intent to respond and the scope of the documents that the agency will produce. As alleged in the complaint, the Treasury Department and IRS have constructively denied the Attorney General’s requests by failing to respond for more than six months and have improperly withheld material that the Attorney General is entitled to review.