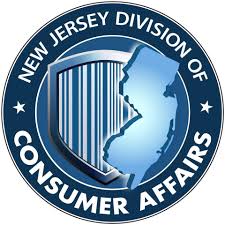 New Jersey is the latest state to compel disclosure of significant donors in the wake of the federal government's decision to eliminate reporting to the IRS by tax-exempt organizations (other than 501(c)(3)s) of their significant donors. NJ Attorney General Gurbir S. Grewal and the NJ Division of Consumer Affairs announced a new rule earlier this week that will require both charities and social welfare organizations that have to file annual reports with the Division's Charities Registration Section to include the identities of contributors who have given $5,000 or more during the year. (Like a number of states, New Jersey apparently defines "charitable organization" broadly for state registration purposes, so as to encompass not only Internal Revenue Code section 501(c)(3) organizations but also Internal Revenue Code section 501(c)(4) social welfare organizations.) According to statements accompanying the new rule, the donor information will not be subject to public disclosure. This announcement was in the wake of New Jersey and New York suing the federal government for failing to comply with Freedom of Information Act requests submitted by those states relating to that earlier decision, and New Jersey joining a lawsuit brought by Montana challenging the decision.

Interestingly, however, last week New Jersey's governor vetoed a bill (S1500) that would have compelled donor disclosure by organizations engaged in independent political expenditures, among other measures. Governor Philip D. Murphy's 20-page explanation raised both constitutional concerns with the legislation as enacted and policy concerns that the bill did not go far enough in certain respects. The constitutional concerns included ones relating to the bill's application to legislative and regulatory advocacy, not just election-related expenditures. The policy concerns includes ones related to a failure to extend pay-to-play disclosures and to require certain disclosures from recipients of economic development subsidies.

In other disclosure news, the U.S. Court of Appeals for the Ninth Circuit rejected petitions fo rehearing en banc of the earlier three-judge panel decision in Americans for Prosperity Foundation v. Becerra, turning away an as applied challenge to the California Attorney General's requiring that the foundation provide a copy of its Form 990 Schedule B (which identifies significant donors) to that office. The rejection is notable because it was over a lengthy dissent by five judges, to which the three judges on the initial panel responded.

I think it can be safely predicted that in this era of "dark money" we will continue to see state level compelled disclosure developments, and litigation in response, for the foreseeable future.