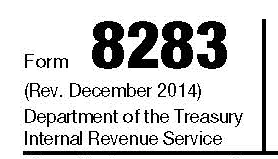 In Battelle Glover Investments, LLC v. Commissioner (link to petition available from Tax Analysts; subscription required), a partnership is challenging a $151 million charitable contribution deduction disallowance arising out of a conservation easement donation. According to the petition, the conservation easement was on approximately 97.8 acres of limestone mining property donated to the Southeast Regional Land Conservancy, Inc. The petition indicates the Internal Revenue Service is disallowing the deduction on multiple grounds, including that the partnership failed to satisfy all of the requirements of Internal Revenue Code section 170 and that the correct valuation of the conservation easement was zero. The IRS is also seeking to impose a 40% valuation misstatement penalty. This case is of course only the latest, high-dollar conservation easement dispute, as the IRS has brought hundreds of cases challenging charitable contribution deductions in this area, as documented by co-blogger Nancy A. McLaughlin (University of Utah).

In United States v. Meyer, the federal government successfully sought injunctive relief against an attorney who promoted the "Ultimate Tax Plan," also sometimes referred to as a "Charitable LLC" or "Charitable Limited Partnership." According to the complaint filed last year in federal district court, the scheme involved sham donations to purported charities controlled by Mr. Meyer and his advice to the participants that as a result of those donations they could take unwarranted charitable contribution deductions. The complaint stated that the total cost to the Treasury was more than $35 million in lost tax revenue. Each of the three charities involved were based in Indiana and had successfully applied for IRS recognition of exemption under Code section 501(c)(3). However, in recent years Mr. Meyer had entered into agreements with the IRS that retroactively revoked the tax-exempt status of all three charities based on either inurement grounds or their use in the alleged scheme. Mr. Meyer made money off this scheme by charging various fees related to the purported donations. The case apparently has had significant ripple effects, in that it appears to have triggered audits of many of the scheme's participants, and possibly investigations into the financial planners and CPAs to whom Mr. Meyer marketed it (and sometimes paid for referrals). Coverage: Bloomberg Tax; Forbes.

Both these cases illustrate the potential for abuse of the charitable contribution deduction, to the significant detriment of the federal treasury.