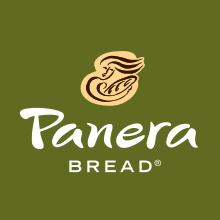 Yesterday, I talked about the Service's assertion that Panera Bread Foundation, Inc.'s tax exempt status should be revoked because the Foundation violates the commerciality doctrine.  The second basis for revocation, according to the Service is that Panera Bread Foundation violates the private benefit doctrine.  I probably overstated the case by asserting that the Service has the private benefit doctine "hopelessly wrong."  Its wrong on commerciality but there is a legitimate private benefit concern, even if the revocation letter cited no authorities and didn't bother to better explain the fundamental concern.

Private benefit is one of those doctrines that is sometimes easily recognized but always difficult to define.  In other contexts, I have written that private benefit exists when an exempt organization's invariable secondary benefits are reserved for a small group of non-charitable beneficiaries.  John Colombo has written on the topic.  I think he harbors a certain disdain for the theory but in an effort to make sense out of the doctrine he asserts that when a tax exempt entity wastes -- or "fails to conserve" -- its assets (usually by paying too much or receiving too little in contracts with non-charitable vendors), private benefit exists and tax exemption is not appropriate.  I might be over-simplifying his thesis so I recommend you read his article.  Anyway, it is axiomatic that private benefit is always necessary to achieve public benefit.  Hospitals have to hire and pay doctors, Universities graduate students.  Charities exist in capital markets and they have to pay market price to profit seekers to get goods and services to charitable beneficiaries.  Even a soup kitchen has to pay rent and bills.  There is an invariable "secondary benefit" -- the phrase used in American Campaign Academy -- but when that secondary benefit is reserved or intentionally directed towards a specific non-charitable person or entity, it might be that the tax exemption is being used to fund that specific person's profit.  In those cases, it might also be safe to assume that the tax exempt entity's real purpose is therefore private benefit.

Kristine Hurd and James Gould are the sole owners of KJ's Place, a lounge where alcoholic beverages are served. The term KJ is obviously derived from the first initials of the first names of the owners, Kristine and James. In 1992, Kristine and James created petitioner, KJ's Fund Raisers, Inc. They had petitioner incorporated as a Vermont Non-Profit Corporation on October 12, 1992. They also had petitioner file a Form 1023, Application for Recognition of Exemption Under Section 501(c)(3) of the Internal Revenue Code on November 11, 1992. Petitioner's business is selling Lucky 7 or other break-open (or lottery or rip) tickets. The lottery tickets are sold exclusively at KJ's Place; no other locations were considered. The tickets are sold during regular business hours by the owners and employees of KJ's Place.  Petitioner was organized purportedly to "raise funds for distribution to charitable causes". Petitioner expects the majority of its funds to come from the sale of lottery tickets and does not plan to solicit public donations, but will accept any donations offered. There is no evidence in the record that any such donations were ever offered or received.  When petitioner was organized, Hurd and Gould were both officers and directors. She was president; he was vice president, secretary, and treasurer. The third member of the board of directors was Karen Gould, a relative of James Gould. In April 1993, petitioner replaced its board of directors. Of the three new members, two were related to Hurd or Gould. The board has been altered since then. The current board has two members unrelated to Hurd or Gould; the third is Kristine Hurd's sister. In a letter to the IRS, petitioner indicated that it would further revise its board so that none of the members were related to the officers of KJ's Place. However, that change has never been implemented.  In 1993, petitioner paid Hurd and Gould compensation of $6,000 each for bookkeeping, accounting and managerial services. Petitioner also paid $6,000 in rent to KJ's Place. The measure of compensation was determined by Hurd and Gould. On July 1, 1994, changes in Vermont's gambling laws took effect. In accordance with these changes, petitioner stopped paying rent to KJ's Place and stopped paying wages to Hurd and Gould. Currently, there are no business dealings between petitioner's directors and the owners of KJ's Place, and petitioner's books are kept separate from the accounts of KJ's Place.

Before July 1, 1994, Hurd and Gould received wages and KJ's Place received rent from petitioner. Although those practices ceased and are not in issue here, the current board of directors is composed of at least the majority of the same members who allowed those amounts to be paid. This strongly suggests that Hurd and Gould are free to set policy for their own benefit without objection from the board. Nothing in the record since July 1, 1994, indicates otherwise.  Petitioner also contends that KJ's Place actually lost money, since patrons preferred to buy lottery tickets rather than use their money to purchase beverages. Thus, petitioner argues, there was no actual benefit. While all facts must be accepted as true for purposes of a declaratory judgment, Rule 217, conjectural statements such as the one above are entitled to no such consideration. Petitioner has presented no evidence that KJ's Place lost money. More important, KJ's Place has benefitted from the publicity surrounding donations given by petitioner. In four of six newspaper articles or picture captions in evidence, KJ's Place is pictured or mentioned, along with Hurd or Gould, who are identified as the owners of KJ's Place rather than officers of petitioner. Petitioner argues that the clippings are not paid advertising and do not indicate the receipt of an actual benefit by KJ's Place. We find, however, that the publicity, which KJ's Place would not have received but for petitioner's exclusive association with the lounge, is a significant benefit. Moreover, the record discloses that there were other "clubs" or lounges in the area where comparable gambling took place. It is thus a fair inference that one of the real purposes of establishing petitioner in the first place was to induce customers with a proclivity for this type of gambling not to desert KJ's Place in favor of other clubs or lounges. As a result of petitioner's formation, KJ's Place, far from losing revenue, may indeed have prevented at least a portion of its business from being taken elsewhere. Petitioner engaged in the exempt activity of raising money for charitable purposes. Petitioner also operated for the substantial private benefit of KJ's Place and its owners.

There are other cases that exemplify how an exempt organization can operate so closely with its for-profit "parent" that the organization's inevitable secondary benefit flows almost exclusively to the parent and therefore the determination that its real purpose is private benefit is not an unreasonable conclusion.  Est of Hawaii v. Commissioner is a good example but I won't prolong this post with a long discussion.  But having identified the principle, we can see the problem that Panera Foundation faces.  First, the facilities from which it operated look almost exactly like the Panera Bread stores we are all familiar with.  So Panera Foundation invariably generates good will for Panera Bread.  The menu items for Panera consisted of select items available from Panera Bread (at least according to the menu in the record).  Most of Panera Cares employees were also Panera Bread employees, though Panera Foundation listed as one of its purposes the employment and training of at-risk or disadvantaged young people.  In addition, Panera Cares' board was comprised entirely of Panera Bread folks.  This might be an indication that Panera Cares might not be so inclined to act in ways that do not benefit Panera Bread directly (rather than by association with a good cause).  Thus, there was some private benefit accruing to Panera Bread from Panera Cares' pursuit of an indisputable public good (feeding poor people). 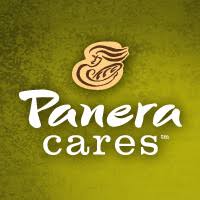 Still, this case seems more like "no good deed unpunished."  It just doesn't feel like KJ's Fund Raiser or Est of Hawaii.  Suppose, for example, that instead of a separate look alike facility, Panera Bread prepared menu items for delivery to tax exempt soup kitchens.  Presumably it could take a charitable contribution deduction even if it touted its good deeds far and wide.  Or suppose Panera Bread donated its menu items -- complete with packaging that said "courtesy of Panera Bread" -- to soup kitchens.  It could take a charitable contribution deduction in that case as well.  But in the spirit of social entrepreneurship, it sets up Panera Cares and does the same thing except directly rather than through a separate exempt organization.  Yes, the goodwill and brand impact is higher in the latter instance, but as long as Panera Cares is really "charitable" (I think I made the case yesterday that it is and unlike KJ's Fund Raiser and Est of Hawaii, Panera Cares lost money, indicating a donative intent), why should it be denied tax exempt status simply because of the more obvious goodwill value generated by its explicit relationship to the for profit "parent" and in the absence of any indication that the for-profit parent is financially exploiting the exempt organization.

I suppose a prophylactic rule is easier to administer and this case certainly might be easier, as Russ Willis pointed out to me yesterday, if Panera Cares' logo and facilities did not look almost exactly like Panera Bread's logo and facilities.  But private benefit is necessary to public good; somebody has to get paid if everybody is going to get paid!  In the end, I think this case ought to be decided from a policy standpoint rather than from a strict application of the prophylactic rule.  Do we want to categorically preclude profit making restaurants from doing what Panera Bread is doing simply because Panera Bread is getting some good press from what seems like an honest effort at charity (which is more than can be said about KJ's Fund Raisers or Est of Hawaii).  Or is the goodwill accruing exclusively to Panera Bread so intolerable that we will only provide exemption when a soup kitchen has no explicit connection to a for-profit sponsor?