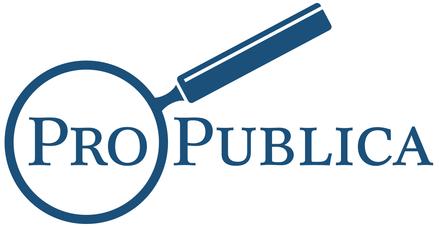 ProPublica, the nonprofit investigative journalism organization, has published a series of articles under the title "Gutting the IRS".  The latest installment is entitled "How the IRS Gave up Fighting Political Dark Money Groups." The article, published yesterday, relates the history of the Services' efforts to examine 501(c)(4) groups that seemed more intent on political advocacy than "social welfare," the whole "scandal" involving the Service's treatment of 1024-A's from conservative leaning social welfare organizations, little known but successful legislative efforts to completely defund examinations of (c)(4) organizations, and finally the exodus of examiners and other employees since Lois Lerner was figuratively burned at the public stake because she was forthright in describing TE/GE's attempts to make some sense out of the undefined phrase, "social welfare."  Here are some of the interesting points from the article. I highlighted what I thought was the most astonishing part:

I have written about 30 articles for The Nonprofit Quarterly on the IRS scandal , and have debated various points related to the scandal with David Cay Johnston on TaxProfBlog.

About a third of the IRS-named "Tea Party cases" were *not* 501(c)(4) applications, according to the Treasury inspector general (TIGTA) . Many were 501(c)(3) applications and some were 501(c)(6) groups, if memory serves me. However, the perception persists that the IRS scandal was a c4 issue.

The overwhelmingly negative response (both in number and percentage of pro- vs. anti) to the Thanksgiving 2013 proposed regulations came from across the political spectrum. The IRS pulled the proposed regulations and said they would be reissued at a later date using the comments received. This never happened, and the attempt by the Bright Lines Project to address the need for regulations served to illustrate the difficulties in repairing the gaps in nonprofit political activity regulation without: 1) creating new ambiguities in regulation; and 2) ensnaring existing exempt groups performing heretofore presumed legal activities.

Added to the regulatory difficulties and Congressional actions (both attempted and successful) is the prospect of almost certain judicial challenge to whatever the IRS may develop. A U.S. Supreme Court that decided Citizens United and McCutcheon using the First Amendment as a key element of reasoning is unlikely to accept more governmental restrictions on political speech.

It is nonetheless the case that we have a problem with the disconnect between the requirement at (c)(4) that the org be operated "exclusively" for the promotion of social welfare and the more relaxed expression of this requirement in the reg that it be "primarily engaged." The failed regulatory project almost had the appearance of not really trying, and it was withdrawn in the face of an unprecedented public comment blowback that was obviously coordinated by a handful of Tea Party players. Folks can disagree about whether the Bright Lines criteria would be workable, but the reality is they have not been tried. The fact that new rules might push out some existing orgs does not answer the question whether those rules do or do not implement "desirable" policy objectives.