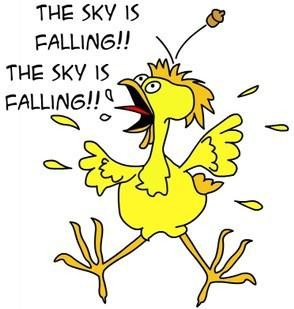 Forbes Magazine recently published an op/ed by Howard Gleckman, a Senior Fellow at the Tax Policy Center. Here is what he thinks about the recent spate of bad press for charities:

In recent weeks, we’ve seen four different stories that raise questions about the state of tax-exempt organizations. They make me question the ability of the IRS to manage Section 501(c) of the tax code or even whether the special privileges of tax-exemption are worth keeping—at least as currently designed.

The author speculates on some of the underlying problems allowing the problems he identifies and concludes:

One last issue to consider: The 2017 Tax Cuts and Jobs Act may have fundamentally changed the calculus of 501(c)(3) status. Because the law significantly expanded the standard deduction and limited the state and local tax (SALT) deduction, it largely turned the tax-deduction for charitable giving into a benefit for a relatively small number of mostly high-income households. According to Tax Policy Center estimates, the law cut the number of those itemizing their charitable contributions by more than half, to about 16 million. The share of middle-income households claiming the charitable deduction fell by two-thirds, from about 17 percent in 2017 to just 5.5 percent in 2018.

What can policymakers do about all this? They could give the IRS more resources to police the tax-exempt sector. They could proscribe how tax-exempt funds are used by, for instance, limiting the amount that goes to athletic department salaries. Or they could limit tax-exempt status to public charities only. But one thing is clear; The current model is not working.

Is the charitable sky falling?  Maybe we should remember that there are at least 1.5 million charities recognized by the IRS and only a relatively few are engaged in scandalous behavior.

Assuming that the vast majority of 501(c)(3) organizations are doing the right things and doing things right, 3% of 1.5 million is still 45,000 getting it (or doing it) wrong. If only 10% of those are ever exposed, that's still 4,500 scandal stories to be told. Of course, that doesn't include "scandal" stories that really aren't scandals, but nonetheless erode public confidence in charities. [Executive compensation in some nonprofits and third-party fundraising (generally, excluding specific cases of fraud) are two examples.] In addition, as I wrote for NPQ several years ago (https://nonprofitquarterly.org/2012/12/03/charity-scams-rarely-scams-by-charities/ ), many instances of "charity fraud" really don't involve charities, but rather individuals and organizations posing as charities.

Mr. Gleckman's proposed solutions are almost a non sequitur. While there are few who would argue that the IRS is adequately resourced to oversee exempt entities (including charities), micromanaging how philanthropic dollars are budgeted or how philanthropic organizations may compensate their staffs opens at least as much opportunity for mischief as it seeks to address. Further, what good would it do to limit tax exemption to public charities only, denying recognition to a wide variety of other subsectors operating as tax exempt (e.g., associations, labor unions, recreational clubs, agricultural cooperatives)? The illustrations of bad actors and actions mostly involve public charities. Within the 501(c)(3) designation, private foundations have their own issues. However, denying them tax exemption, as Mr. Gleckman proposes by implication, would indeed change the philanthropic landscape radically.