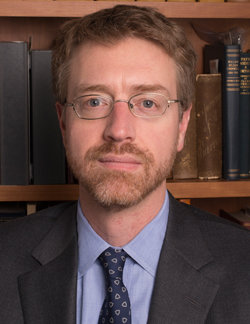 In response to Nicholas Mirkay's post this morning Jessica remarked, "[t]he Form 990 for 2016 states that $825,000 was paid to an independent contractor, [Gordon] Ernst, for consulting services.  This should have been a huge red flag to the IRS, and I wonder why it wasn't investigated."  Gordon Ernst is the first named defendant in the indictment and is described as the head coach of men's and women's tennis at Georgetown University.  The Chronicle of Philanthropy, noting that Senator Chuck Grassley is monitoring the investigation and reading the charging documents, asks the same question in today's edition. One of our contributing editors, Roger Colinvaux, provided insight to the Chronicle:

The Key Worldwide Foundation college-admissions bribery scandal threatens public faith in nonprofits and underscores how ill equipped the IRS is to uncover fraud and other illegal activities at the more than 1 million tax-exempt organizations in the United States, nonprofit advocates and watchdogs said.

Paul Streckfus, a former IRS attorney and editor of the EO Tax Journal, which covers tax policy for the nonprofit world, said Congress bears a lot of responsibility for letting the IRS’s nonprofit oversight capacity erode. He noted that the Key Worldwide scandal was foreshadowed by the Obama-era fights over the tax-exempt status of Tea Party-related organizations. Scrutiny from House Republicans and years of budget cuts have had the intended effect of forcing the IRS to curtail its regulation of nonprofits.  "Congress doesn’t seem to care that there’s a great deal of abuse in the tax-exempt area," said Streckfus in an interview. "The House Republicans succeeded in basically beating down the IRS."  Rick Cohen, chief communications officer and chief operating officer at the National Council of Nonprofits, agreed, saying it’s gotten to the point where only "screaming red flags" are sufficient to draw the attention of the IRS. "The reality is that for many years, we’ve seen the IRS be underfunded, particularly the section that regulates the nonprofit sector," he said.

According to tax documents on file with the California Attorney General’s office, Key Worldwide Foundation was set up in 2013. That year, it reported total assets of $54,797 and revenue of $451,600. On paper, at least, it did well for itself. By 2016, the most recent available tax documents filed by the nonprofit show it reported total assets of $2.1 million and revenue of $3.7 million.

Roger Colinvaux, a nonprofit tax law professor at Catholic University of America, said in an email that Key Worldwide appeared to be operating as though it had no fear of getting audited or getting caught. "The case also reinforces the continued need for disclosure of donors to the IRS, which some in Congress have been arguing to get rid of," Colinvaux said. "If the IRS had been looking at the donors, it might have noticed large donations and perhaps connected the dots to a pay-to-play scheme."

I have great respect for Lloyd Mayer. I'm just a humble consultant to nonprofit organizations, but I have seen several examples of internal theft where neither the board not the organization's own auditors caught on to the thefts for several years. One nonprofit had "clean" audits routinely despite not having reconciled its operating checking account for thirteen years. In another very small organization (revenues <$500K), the ED and business manager stole 1/4 of the organization's revenues over a four-year period before the board figured it out. [That was an especially awkward situation because the monies were federal grant funds and the FBI did the investigation.]

Again, that assumes that technology and personnel were available in sufficient numbers. The IRS lags between nonprofit activity and Form 990 filing deadlines, the process time required to screen, assign, review, and, if indicated, audit a nonprofit, complete and enforce an audit finding, and change (or terminate) a nonprofit's bad behavior legitimately take years. Beginning with allegations of criminal conduct tangentially related to the nonprofit and individuals in question can short-circuit the time to adjudication by short-circuiting the IRS processes, but that's not an indictment of the IRS or its enforcement capacity.

The IRS is in the process of hiring TE/GE employees across the country (there have been at least two calls for applicants for multiple positions since mid-December). There's no question they are needed. I'm open to the proposal to change how charities and other nonprofits are regulated at the federal level. I still remember IRS staff presenting at NASCO in the early 2000s and saying directly that they had little interest in regulating nonprofits and absolutely no interest in regulating or capacity to regulate non-financial conduct of nonprofit organizations.