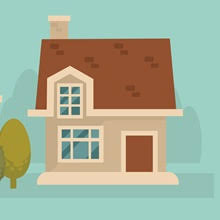 In a much anticipated decision, the U.S. Court of Appeals for the Seventh Circuit concluded that the exclusion from gross income of cash parsonage allowances under Internal Revenue Code section 107(2) is constitutional, reversing a federal district court decision to the contrary. (Full disclosure: I signed an amicus brief arguing that the provision is constitutional.)  Since the decision leaves the exclusion in place and there are no contrary federal appellate court decisions, it is highly unlikely that the Supreme Court will take up the case even if the plaintiffs file a cert petition. The Freedom from Religion Foundation, which instigated the challenge, or others could of course try to raise this issue in a different circuit in order to try to create a circuit split, especially since the plaintiffs here managed to overcome the standing issue that had frustrated an earlier challenge. At least one panel of the U.S. Court of Appeals for the Ninth Circuit indicated in an earlier case an interest in reaching the constitutional issue by appointing an amicus law professor who was skeptical of the provision's constitutionality (an issue that had not been raised by any party in that case). But such a split is likely years down the road, if it ever materializes.

A larger question is whether the decision provides broader protection for other tax benefits provided to churches, other religious groups, and ministers. Perhaps the most important holdings of the court in this respect are its conclusion that Congress had the secular purpose of avoiding excessive entanglement with religion when it enacted the provision (citing Taxing the Church, authored by Edward Zelinsky (Cardozo), on this point), its narrow reading of the Supreme Court's Texas Monthly decision as part of its reasoning for why the primary effect of section 107(2) is not to advance religion, and its stated deference to Congress in determining whether the provision causes excessive government entanglement with religion. (These conclusions reflect the much criticized by still applicable Lemon test.) These conclusions are not accepted by all; for a thoughtful critique of them, see this TaxProf Blog op-ed by Adam Chodorow (Arizona State), who argued against the constitutionality of section 107(2). And of course the decision only directly applies to that provision and is only precedential in the Seventh Circuit. But they likely foreshadow a difficult path for any other challenges to tax benefits enjoyed by religious groups or ministers, including the exemption from the annual information return filing requirement for churches currently being challenged by the Freedom from Religion Foundation (in the District of Columbia, not the Seventh Circuit).