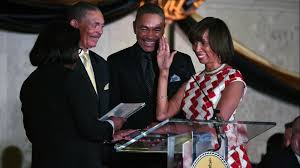 Proving that issues with politicians and nonprofits are truly bipartisan (and not limited to President Trump), the dust continues to fly over various financial transactions involving Baltimore Mayor Catherine Pugh (a Democrat), her inaugural committee, and the University of Maryland Medical System. According to media reports, the Mayor, who was then a UMMS board member, had a $500,000 deal with UMMS to purchase her self-published children's books, a deal that she now says was a "regrettable mistake" and for which she has apologized. (Washington Post; WBAL-TV) She also resigned from the UMMS Board of Directors after the deal came to light.

The possible legal troubles do not stop there, however. According to reports last week, the Mayor's inaugural committee failed to file its required IRS annual information returns (Form 990). In addition, UMMS failed to report on its returns that it gave $20,000 to that committee. UMMS is taking the position that the payment was not a grant, which it would have had to report, because it received in return 28 tickets to inaugural events. It made this argument even though in an earlier filing it had reported a contribution to support the inauguration of another public official.

Across industries, (a) monopolies deliver wretched performance at high per unit costs and (b) subsidized goods are over-consumed. Industrial concentration (monopoly) is inversely related to productivity.

If you don't know how to write a two-week notice, it is recommended to check the following guideline https://prime-essay.net/write-a-two-week-notice Basically, you need to inform your former employer that you are leaving and when will be your last working day.