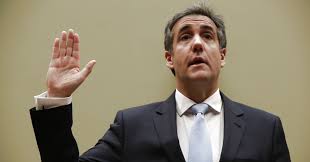 While the media and public understandably focused mostly on other aspects of Michael Cohen's testimony before Congress yesterday, the information he provided raised two significant issues relating to the soon-to-be-dissolved Donald J. Trump Foundation.

First, in his opening statement Cohen mentioned (on pages 3 and 12) that the Foundation had been involved in the purchase of a third portrait of Mr. Trump from a charity auction, this time through reimbursing the winning bidder the $60,000 purchase price, which portrait was then hung in one of Mr. Trump's country clubs. If these statements are true, this is a clear case of self-dealing in violation of Internal Revenue Code section 4941 (and comparable state law requirements as well), as was the case with the previously reported charity auction purchases of two other portraits that also ended up hanging in Trump business properties. It should be noted that the Foundation's annual IRS return for 2013 (available from GuideStar) does not show such a reimbursement and the only $60,000 payment it includes is to the American Cancer Society, although the Foundation has inaccurately reported distributions before. For coverage of this aspect of Cohen's testimony, see CNN, The Guardian, and this Surly Subgroup post by Ellen Aprill.

Second, he confirmed previous reports that Mr. Trump had steered a $150,000 payment from a Ukrainian billionaire, Victor Pinchuk to the Foundation in lieu of it being paid to Mr. Trump as a speaking fee. As Ellen Aprill and I discussed back in 2016, such arrangements raise a possible assignment of income issue in that depending on the exact circumstances Mr. Trump may have been required to include that fee in his gross income for both federal and state income tax purposes (although there may have been a full or partial offsetting charitable contribution deduction to reflect the transfer of those funds to the Foundation). Of course without seeing Mr. Trump's personal federal and state income tax returns, we can't be sure whether he included this amount in his income or not. For coverage of this aspect of Cohen's testimony, see Time.