FLASH! An Exempt Organization Can Help Build Your Dream Home and can even help pay for it with a tax deduction! 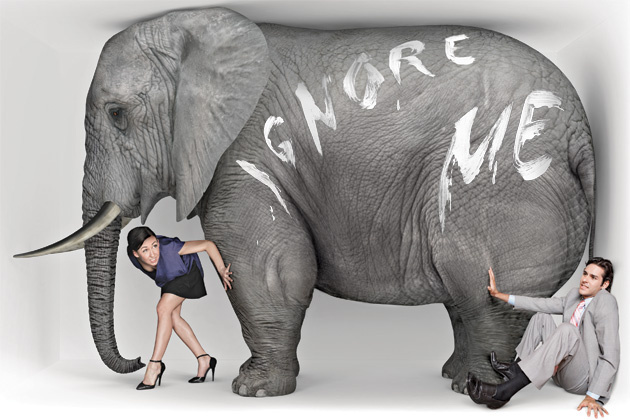 So this might not be a case of first impression, but I was still struck by seeming absurdity of taxpayer's assertion in a recent case (plus the judge's ignoring of the elephant in the room).  Here are the facts from Lawrence and Linda Mann v. United States, a Maryland District Court opinion.  L&L found their dream home or, more accurately, their dream homestead.  Location is everything but there was a pretty expensive vintage house located on the property and for various reasons, the happy couple wanted to demolish the house and build their dream home to the specification they could see in their minds eyes.  This, of course, would add substantially to the cost of their new home.  Somehow, they learned about what seems like a worthy 501(c)(3) called "Second Chance Homes."  Second Chance helps find low income homes and as part of its goals it takes "donations" of old homes (just like some charities take donations of old cars). It will even pick up the donated home for you and when it does, you get a tax deduction (according to Second Chance)!

L&L contact Second Chance and Second Chance agrees to "deconstruct" but not necessarily "demolish" the old home sitting on the property that L&L wish to build upon.  The Court explains that deconstruct means to take away all the constituent and apparently re-usable materials that constitute the home.  Demolish, I guess, means to just knock the whole thing down and cart it all the way.  I suppose the salvage value in that case might support a charitable contribution.  In either case, it likely would have cost L&L quite a bit of money to clear the land and then rebuild their dream home.  So Second Chance deconstructs the house, promising L&L that any usuable materials it recovers would be viewed as a donation.  The deconstruction process will net Second Chance materials valued at about $150,000.  The cost of deconstruction -- unhooking and uninstalling pipes and so forth --will cost Second Chance about $14,000.  In due time, Second Chance deconstructed the home and issued the proper substantiation to L&L.  The appraised value of the home completely in-tact (meaning if the house were picked up and moved someplace else), according to one appraiser, was $650,000; the value of the disaggregated materials was more like $330,000 according to another appraiser.  Taxpayers paid for both appraisers.  Second Chance took the disaggregated materials but L&L still claimed a contribution deduction of $650,000.  Oh, and one more interesting fact.  As part of the donation process, L&L had to make another "cash donation" of $20,000 to Second Chance to help with the deconstruction process.  In Partnership Tax, this set of facts would trigger a "disguised sale" inquiry but the Court never mentions that possibility.

The Service did not play along.  The opinion, though, is all about valuation and the qualified appraiser requirement (with a few lines tucked in about the inability to take a charitable contribution without contributing a taxpayer's "entire interest in property)."  IRC 170(f)(3)(A).  The Court denied both the $650,000 charitable contribution deduction and, when L&L sought to reduce it to $330,000 the Court denied that too.  Both denials were based on faulty appraisals.  The Court did, though, allow the $20,000 deduction (actually it was more like $13,000 because L&L did not pay the entire $20,000).

Clearly, though, this was not a contribution whether the appraisals were correctly conducted or not.  Instead, it was a straight purchase of services!   Second Chance's raison d'etre, by the way, is that it provides job training for low income and unskilled workers, some of whom are recently released from prison.  That's fine and dandy but this case stinks.  And the Court's dance around the quid pro quo makes it seem like had the appraisal been done correctly, taxpayers might have enjoyed at least a $330,000 deduction.  Unless I am just missing something!