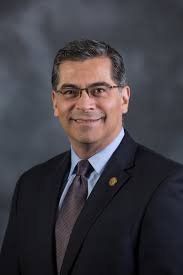 California Attorney General Xavier Becerra recently announced that his office had settled a case it had brought against charity Giving Children Hope alleging that the charity had overvalued in-kind donations it had received in order to inflate the value of the contributions it received and therefore its claimed direct aid. Here is the AG's description of what the charity did:

Giving Children Hope provides international assistance in the form of food, clothing, and medical supplies. The Attorney General’s investigation revealed that between July 1, 2012 and June 30, 2016, GCH inaccurately claimed, in its public financial reporting and on its website, that 99 percent of all contributions provided direct aid. This was misleading and the result of deceptive reporting of Gift-in-Kind donations. GCH created two subsidiaries, Giving Hope International and International Clinic Aid, which purchased pharmaceuticals from a wholesaler in the Netherlands for less than $225,000. The two subsidiaries then donated the same pharmaceuticals to GCH. GCH reported the total value for these pharmaceuticals as being over $34.9 million using U.S. prices of drugs rather than the actual purchase price paid by its affiliated charity. GCH should not have reported $34.9 million in revenue and donations when the pharmaceuticals cost less than $225,000. Also since GCH failed to submit any documentation showing that the pharmaceuticals were, in fact, distributed in furtherance of Giving Children Hope’s charitable purpose, the actual value for those pharmaceuticals should have been zero.

For previous coverage of the California AG's other enforcement actions in this area, see this earlier blog post.