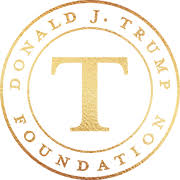 While paling in comparison to other recent developments related to President Trump, the drumbeat of negative news relating to nonprofits associated with him has also continued. The three most recent developments involve a federal investigation into the President's inaugural committee, the revelation that in "an abundance of caution" the President's foundation was reimbursed for six questionable transactions (presumably either by Mr. Trump personally or his companies), and today's announcement that President Trump has agreed with the NY Attorney General to shut down his foundation and give away its remaining money.

As for the Donald J. Trump Foundation, its latest IRS annual return showed $271,356 in "REIMBURSEMENTS" (Part I, Line 11 and Statement 2), but the only explanation provided in the return (Statement 5) tied the reimbursement to the auction of a membership to the Trump National Golf Club in 2012. What is odd about this explanation is that the amount relating to this auction was only $158,000 (as first reported by David Fahrenthold at the Washington Post), so even with interest it should have totalled significantly less than the amount reported. The more complete explanation may instead be that there was more than just this one reimbursement: in the November 23, 2018 decision in the state case involving the Trump Foundation, the court noted that the Foundation and the other respondents "point out that the Foundation has already been reimbursed for six individual donations" and in a footnote further noted that "Respondents aver that 'in an abundance of caution,' the Foundation was reimbursed with interest for the following donations: (1) the [$100,000] Fisher House Transaction; (2) the [$158,000] Greenberg Transaction [relating to the auction]; (3) a [$5.000] 2013 DC Preservation League donation; (4) a [$25,000] 2013 "And Justice for All" payment; (5) a [$10,000] 2014 Unicorn Children's Foundation donation; and (6) a [$32,000] 2015 North American Land Trust donation." The links are to the news stories that report more details about these transactions. These amounts total more than what was reported on the 2017 IRS return, which may be because some of them were repaid either before or after 2017. Regardless, they reflect quite a trail of questionable expenditures by the Foundation.

That undoubtedly is part of what led to today's announcement by the New York Attorney General that the Trump Foundation has agreed to resolve under judicial supervision. Coverage: CNN; Washington Post.