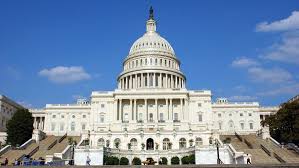 While Congress may actually keep the government funded during the current lame duck session, its efforts relating to nonprofits appear doomed to amount to nothing. First, with much fanfare the Senate narrowly passed legislation to reverse the IRS decision to no longer require reporting of contributor information for tax-exempt organizations other than 501(c)(3)s and 527s, but that legislation is almost certain not to advance in the House (or survive a trip to the White House, if it came to that). Second, the House Subcommittee on Government Oversight held a hearing on the Clinton Foundation (and, at the insistence of Democratic members, the Trump Foundation). I have not watched the C-SPAN recording, but by all accounts it was a last gasp attack on Hillary Clinton, with even the Washington Examiner calling it "a fiasco" as Republicans clashed with their own witnesses. The only relative bright spot was the testimony of Professor Philip Hackney (Pittsburgh), who used the platform to highlight the congressionally created resource constraints hindering the ability of the IRS to effectively oversee tax-exempt organizations.

There is also the lame duck tax bill (H.R. 88, the Retirement, Savings, and Other Tax Relief Act of 2018), which in its latest iteration would repeal new section 512(a)(7) (includes the costs of certain fringe benefits, most notably parking provided to employees, in unrelated business taxable income), modify the section 4943 rules for excess business holdings with respect to certain purchases of employee-owned stock, relax the Johnson Amendment by not applying it to statements "made in the ordinary course of the [501(c)(3)] organization's regular and customary activities in carrying out its exempt purpose" that do not result in more than de minimis incremental expenses, permit section 501(3) organizations to make collegiate housing and infrastructure grants, and relax some of the section 170 limitations with respect to disaster relief. But it seems that passage of that bill is unlikely.